Iran’s Foreign Minister Mohammad Javad Zarif has expressed concern over the health conditions of top Nigerian Shiite cleric Sheikh Ibrahim Zakzaky and called for his release, a member of a delegation accompanying Zarif in his visit to Nigeria said.

Hojatoleslam Ali Fallah-Zaroumi said that in his meetings with Nigerian officials, including President Muhammadu Buhari and Minister of Foreign Affairs Geoffrey Onyeama, Zarif has expressed serious worries about the physical and health conditions of the Shiite cleric.

The Iranian foreign minister has also called for the release of Sheikh Zakzaky, who has invited all Islamic schools of thought to unity, Hojatoleslam Fallah-Zaroumi added.

He quoted Zarif as saying that Sheikh Zakzaky’s release would certainly have positive effects on the fight against terrorist groups like Boko Haram in Nigeria.

Heading a high-ranking politico-economic delegation, the Iranian foreign minister arrived in Abuja, the capital of Nigeria, on Sunday evening on the first leg of a four-nation tour of West Africa to discuss possible ways of expanding relations.

Sheikh Zakzaky has been in detention since late last year.

On December 12, 2015, Nigerian soldiers attacked Shiite Muslims attending a ceremony at a religious center in the city of Zaria, accusing them of blocking the convoy of the army’s chief of staff and attempting to assassinate him.

The following day, Nigerian forces raided the Sheikh Zakzaky’s home and arrested him after reportedly killing those attempting to protect him.

Both incidents led to the deaths of hundreds of members of the religious community, including three of the cleric’s sons.

Sheikh Zakzaky himself was seriously injured in the second attack and his health has reportedly deteriorated since.

Human rights organizations have urged a full investigation into the deadly assaults.

According to Islamic Human Rights Commission, the Nigerian military secretly buried hundreds of bodies in the graves after storming Zakzaky’s house. 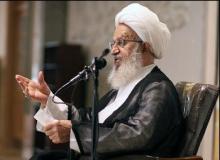 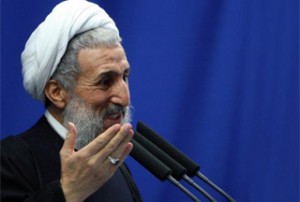 The Rule of Supreme Jurisprudent (Velayat- e-Faghih) a source of honour and glory for Iran. Tehran friday prayer leader