The Iranian Foreign Ministry says renaming the al-Nusra Front Takfiri group, which is fighting to overthrow Syrian President Bashar al-Assad, to Jabhat Fath al-Sham (The Conquest of Syria Front) will not change its terrorist nature, describing the move as wordplay.

“The game is aimed at delisting the group as a terrorist organization, but the ugly image of extremism and terrorism cannot be purified though such moves,” Iran’s Foreign Ministry spokesman Bahram Qassemi said on Thursday night.

He further noted that the move indicates the political bankruptcy of the extremists’ regional sponsors led by Saudi Arabia as the founder and principal supporter of al-Qaeda, Taliban, Daesh, al-Nusra Front and many others terrorist groups in the region, particularly in Syria.

Qassemi also called on the international community to pay serious attention to the root causes of terrorism and its repercussions, and to pressure the founders and supporters of terrorist groups into expunging the scourge of extremism.

Earlier on Thursday, al-Nusra Front announced its break from the parent terror organization in an apparent bid to gain more support from foreign powers.

In a rare televised message on Thursday, Nusra Front chief in Syria Abu Mohammad al-Julani said his group will be rebranded and will end connections with entities outside Syria.

Julani said Nusra would change its name to Jabhat Fath al-Sham, saying the new group “will have no links whatsoever with foreign parties.”

The Takfiri terrorist group was formed months after the outset of the Syrian crisis in March 2011. The group first enjoyed generous support from Daesh extremists, but broke from them in 2013 and paid allegiance to al-Qaeda terror network, which on Thursday endorsed the move as a necessary gambit to protect the group. 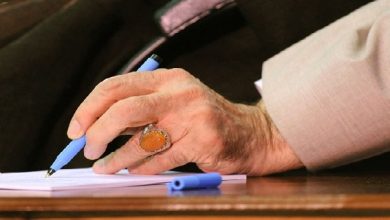