A senior Iranian lawmaker has warned that Western countries are hatching a “new plot” against Iran over its missile program, saying, however, that the Islamic Republic will wisely respond to such moves.

Chairman of the Iranian Parliament’s Committee on National Security and Foreign Policy Alaeddin Boroujerdi made the remark on Saturday in response to recent remarks by the United Nations Secretary General Ban Ki-moon and German Chancellor Angela Merkel against Iran’s ballistic missile launches.

Reuters on Thursday quoted the UN chief as saying in a confidential report that Iran’s ballistic missile launches “are not consistent with the constructive spirit” of last year’s nuclear agreement, known as the Joint Comprehensive Plan of Action (JCPOA), reached between Iran and the P5+1 group of countries.

Iran and the five permanent members of the UN Security Council – the United States, Britain, France, Russia and China – plus Germany started implementing the JCPOA on January 16.

After the JCPOA went into effect, all nuclear-related sanctions imposed on Iran by the European Union, the UN Security Council and the US were lifted. Iran, in return, has put some limitations on its nuclear activities.

Meanwhile, the German chancellor also said on Thursday that “Iran continued unabated to develop its rocket program in conflict with the relevant provisions of the UN Security Council.”

She also said NATO’s anti-missile mechanism was targeted against Iran’s missile program and had been “developed purely for defense.”

Boroujerdi dismissed as “unprofessional and political” the remarks by Ban and Merkel and said Iran’s missile tests do not violate any international resolutions.

The Iranian legislator said simultaneous comments made by the UN chief and the German chancellor are portend a new plot against Iran.

“Western leaders resort to political and unprofessional remarks to promote themselves; however, Iran’s diplomatic officials have given and will respond to them with vigilance,” Boroujerdi said.

He emphasized that Iran’s missile program has nothing to do with the JCPOA, saying, “Iran’s missiles are not able to carry nuclear warheads and are merely [aimed at] increasing the country’s defensive power.”

He added that Iran has showed its goodwill in implementing its obligations under the JCPOA and will use the country’s weapons to defend its territorial integrity against threats.

A day earlier, the country’s Armed Forces had fired another ballistic missile called Qiam from silo-based launchers in different locations across the country.

The US claims that Iran’s missile tests violate the UN Security Council Resolution 2231 that endorsed the JCPOA.

Resolution 2231 adopted on July 20, 2015 provides for the termination of the provisions of previous Security Council resolutions on the Iranian nuclear program and establishes specific restrictions that apply to all states without exception.

The resolution calls upon Iran not to undertake any activity related to ballistic missiles designed to be capable of delivering nuclear weapons, including launches using such ballistic missile technology. 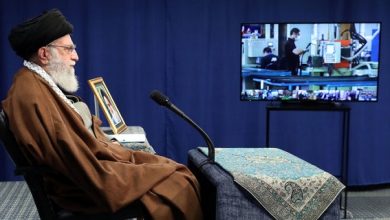 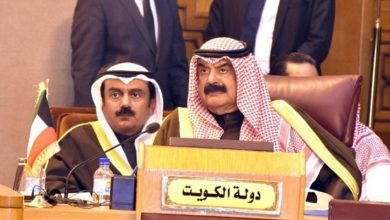