A group of university professors and academics from across the nation met with the Leader of the Islamic Revolution, Ayatollah Khamenei on Saturday evening, June 18, 2016.

In a meeting with university professors, academic elites and researchers from various fields, Ayatollah Khamenei mapped out a 20-year outlook for the government towards achieving the status of a “mighty, dignified, independent, faithful, and wealthy” Iran that would “enjoy justice under a democratic, pure, jihadi, benevolent and pious ruling.”

He described universities as the base and foundation for these noble goals. The supreme leader acknowledged the requirements of the Islamic establishment as follows: “Speeding up the scientific growth of universities and scientific centers; creating and consolidating a sense of prideful Iranian-Islamic identity among the youth; maintaining a revolutionary spirit at universities and among students; and the efficient roles that must be played by soft war commanders and soldiers; thus, a distinguished scientific power will emerge as an example of democracy coupled with Islam and spirituality among the world.

Ayatollah Khamenei touched on reports by credible documenting databases and journals from around the world in regards to Iran’s scientific achievements, adding: “These reports indicate the scientific achievements of Iran by saying Iran’s achievements are astonishing. Iran is an emerging scientific power; Iran seeks to transform from a resource-based economy into a knowledge-based economy; and Iran’s achievements in stem cells, nuclear science, aerospace, energy exchange and Information Technology are remarkable; this data should be available to the new generation so that aside from feeling a sense of identity, they take pride in being Iranian.”

He described the Islamic establishment’s new discourse in the field of democracy as another source of pride, adding: “The Islamic establishment of Iran is the only government which has offered a democracy coupled with Islam and spirituality. If these indexes are ignored by universities, in the future we will witness a dependent Iran, where culture is overlooked, and the society is afflicted with social, ethnic, religious and political fractures under the ruling of an aristocratic government. The outcome of such a future will be a country with mountains of wealth next to valleys of misery, poverty and distress, a clear example of which is the American society or the American Wall Street. In such a future, not all types of people will enjoy welfare and the country will become an Iranian version of Wall Street.”

Imam Khamanei in Message to Youth in Europe: Reveal Lies about Islam 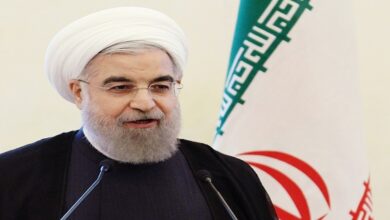 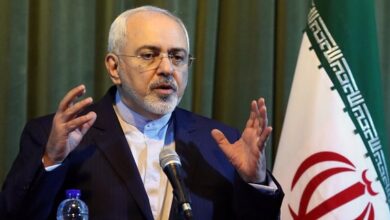