Brigadier General Farzad Esmaeili made the remarks in a meeting with family members of Mehdi Azizi, a martyred military advisors.

In the meeting, the commander hailed the sacrifices of the military advisors who have been martyred while defending religious and ideological beliefs. 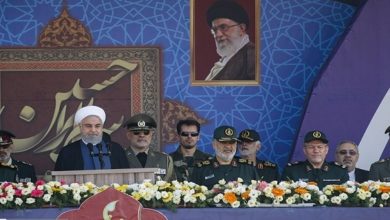 Trump Should Extend Iran Sanctions Relief on May 19: AEOI Chief