The IRGC Quds Force commander has told a meeting of IRGC commanders and staff US has suffered serious damage in the Middle East.

Maj. Gen. Qasem Soleimani told the meeting on Wednesday that Islamic Revolution’s very nature governing the ideology was single most effective contributing factor to hostility toward the Islamic Republic of Iran. “This is why the IRGC, as guardian of the Revolution, has risen to its unique place and unparalleled role, unchallenged by any other similar position or force,” said the commander.

He believed that the US had long admitted that advent of the Revolution considerably reduced the US hegemony in the region; “this is why a world falling to the scope of influence of Islamic Republic, plays a central part in the critical issue of the US survival as a superpower,” Soleimani told the meeting.

“Eastern Europe and east Asia are rivals to the US; Latin and South America are since long a backyard of the US; however, these geographies do not provide the US with a source of power; an important geography where the US hegemony suffered is the Middle East; what has happened during recent 20 years between Iran and the US, is that the Revolution irrevocably tarnished the components of the US superpower status in the region, with many examples to illustrate the case,” he asserted. “With making alliances, the US had been working to remove Hezbollah from Lebanese political scene; however, neither had it the power necessary to contain Hezbollah, nor did its alliances succeed even an inch in scoring concrete results; rather, these efforts strengthen Hezbollah in scales that now its leader Seyed Hassan Nasrallah clearly displays its power before the eyes of the west,” he added.

Soleimani highlighted the necessity of accurately knowing US policies in the current critical conditions; “the US officials believe that any reconstruction of their hegemony should be started from where had been their debacle, and this is Middle East, where the Islamic Revolution has extended its scope of influence,” he told the meeting. “The US policies today have significantly changed compared to those in the past; in an attempt to revive its power, the US has been working on four major policies; the first is reinvigorating the US status through UN-mediated devices and other purportedly legitimate means such as human rights in the region; the second issue is to bring stability to Zionist regime; now any country with relations to Zionists is champion of trust for the US,” said Quds Force commander.

“Containing and weakening the Islamic Republic of Iran is an important policy of the US under present state of the region; the campaign is carried out through direct confrontation and through its proxies in the region near Iran’s borders; a second approach consists of attempts to make countries in the region more dependent on the US,” Soleimani told the meeting, believing that the US was seeking to support ISIL and Takfirist groups rather than destroying them, both of which proved contradictory in nature.

On possible causes why the US came to negotiation table in Iran’s nuclear issue, Soleimani believed that the Middle East and North Africa had particular features of great impact for the US in terms of threatening or improving its hegemony; “currently, the US works to revive its power in the region, which would account for its insistence on a nuclear deal with Iran,” he concluded.

22nd of Bahman, day of miraculous victory of Islam over blasphemy 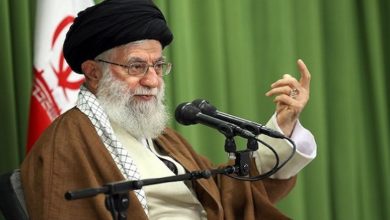 Cleric Warns against West’s Using Excuses to Renege on Commitments