A senior Iranian negotiator says some outstanding issues still remain in the negotiations between Iran and six world powers over Tehran’s nuclear program.

“As long as these issues are not settled, one cannot say we have reached an agreement,” said the senior negotiator.

It cannot be said with certainty that parties to the negotiations will arrive at a conclusion by Tuesday, he noted.

“I cannot promise that the [outstanding] issues will be resolved by tonight (Monday) or tomorrow night,” Araqchi further said.

He expressed hope parties to the talks will be able to iron out the sticking points and “reach a point which both sides agree on.”

Araqchi’s remarks come as Iran and the P5+1 countries are making last-ditch efforts to clinch a historic deal over Tehran’s nuclear program.

The nuclear talks, the latest round of which has been underway for more than two weeks in the Austrian capital of Vienna, aim to hammer out an agreement on Tehran’s nuclear program to end the West’s 13-year-old standoff with the Islamic Republic over the country’s nuclear program.

Among the remaining thorny issues to be discussed in the last hours of the talks are the timing of sanctions lifting as well as the removal of an arms embargo against the Islamic Republic.

Meanwhile, Iranian Foreign Minister Mohammd Javad Zarif has sat down with his Chinese counterpart Wang Yi, who arrived in Vienna on Monday.

During their meeting, the Chinese foreign minister told Zarif, “I saw your public comment. We had expected an agreement to be reached on the 12th [of July] and you said in your public comment there will not be any further extensions beyond the 13th, sending out a positive message.”

Zarif responded, “I obviously believe there shouldn’t be any extension but we could work as long as necessary to finish this.”

Speaking after the meeting with his US Secretary of State John Kerry on Sunday, Zarif said there is no plan to extend the talks.

“No extension, we will finish hopefully. We need some more time. We need to do some more work,” the Iranian foreign minister said.

Addressing the reporters in front of the Palais Coburg Hotel, the venue of the talks in the Austrian capital before joining the talks, the Chinese foreign minister had said, “New progress has been made in the final stage of the talks; China believes no agreement can be perfect, conditions are already in place for a good agreement, we believe there cannot and should not be further delay.”

On Sunday, Iranian President Hassan Rouhani said that Iran’s negotiating team will come out victorious in the nuclear talks with P5+1 states.

“We have come a long way. Currently, we are very close to the peak [of the nuclear talks], but there are still steps left to reach this peak. With the help of God, Iranian negotiators will emerge victorious from this difficult and complicated battle,” Rouhani added. 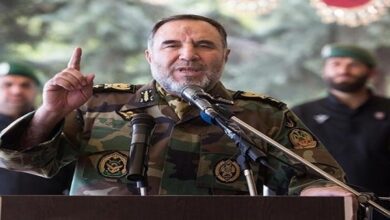