Foreign ministers of Iran and Turkey held a press conference on Tuesday in Ankara after their bilateral meeting, during which they discussed a variety of issues.

“We talked about political, economic and cultural issues, one of the main axes of which was emphasizing the strategic cooperation between Iran and Turkey,” Hossein Amir-Abdollahian said at the press conference alongside Mevlut Cavusoglu.

“In terms of trade, the situation is good, but it is not at the level of the capabilities of the two countries,” the Iranian minister said.

He also said that they discussed the upcoming visit of President Ebrahim Raeisi to Turkey.

“We hope to see the construction of three border markets between Iran and Turkey,” he added.

He also that “We reviewed the developments in Ukraine,” adding “Iran is against war and emphasizes a political solution.”

“The issue of Afghanistan and the behavior of its ruling government with regards to depriving girls of education was discussed in the bilateral meeting,” Amir-Abdollahian added.

“Iran and Turkey are the two countries that have the strongest democracy in the region,” the top Iranian diplomat added after stressing that the women in Iran have a lot of rights as the men do.

He condemned the Western governments for instigating riots in Iran after the accidental death of Mahsa Amini.

“Indeed, if the West is serious in defending women’s rights in the world and the region, why did it not react to the murder of Ms. Shirin Abu Akleh, a Palestinian Christian journalist, by the fake Israeli regime? Why did they not show the necessary reaction to the killing of women and children in US and West’s military interventions Iraq, Afghanistan, Syria and Yemen?” he further noted.

He went on to talk about the conflict in the Caucasus region and stressed that Iran will not accept any changes in the geography of the region.

The Turkish foreign minister, for his part, said that his country is interested in concluding the talks on the revival of the Iran nuclear deal known as the JCPOA, saying the JCPOA is in the interest of the entire region.

Cavusoglu added that the sanctions on Iran will not work, adding they have affected the bilateral trade between Iran and Turkey.

“We examined the ways to reach the targeted $30 billion annual trade between Iran and Turkey.”

“We consulted about Afghanistan and the ban on girls’ education in Afghanistan, and we agree with our neighbor Iran on regional issues,” he further said.

“I discussed the issue of Syria with my Iranian counterpart and we demand the implementation of the provisions of the Astana Agreement for the territorial integrity of Syria.”

The top Turkish diplomat also said, “There is no need for Western countries to interfere and dictate their demands regarding Iraq and Syria,” adding “We informed Iran and Russia of our intention to continue relations with Syria.” 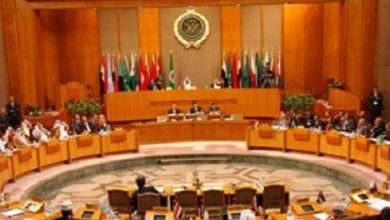 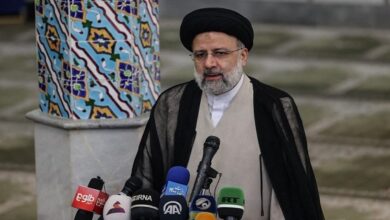 Ayatollah Khamenei: US Aware of Consequences of Military Action against Iran

Iran writes to UN to protest against baseless Saudi accusations