Iran’s Islamic Revolution Guards Corps (IRGC) has commended the Judiciary for its firm treatment of a number of rioters affiliated with the Israeli spy agency, saying no mercy will be shown to rioters, thugs and terrorists serving the country’s enemies.

The elite force made the remark in a Monday statement in which it thanked the judicial officials for the death sentences handed down to four riot leaders who were affiliated with the Israeli spy agency.

The IRGC added that the categorical sentences handed down to rioters cooperating with Israel proved the Judiciary’s “sensitivity and seriousness” about administering justice and safeguarding the security of citizens.

Demanding all state bodies to pay more attention to peaceful protests and people’s rightful demands, the IRGC said, “Security, intelligence, police and Basij forces … will not hesitate in dealing firmly and powerfully with those who threaten the social security and order … including rioters, armed thugs, and terrorists working at the behest of [Iran’s] enemies, and will show them no mercy.”

It added that categorical handling of cases related to destructive, terrorist and secessionist activates that target the country’ security as well as people’s lives and property, and have inflicted heavy and irreparable losses on the nation and the country is now a public demand, which should be attended to by the judicial officials.

Protests broke out in several Iranian cities after the September 16 death of Mahsa Amini, a 22-year-old Iranian woman who died at hospital three days after she collapsed at a police station in Tehran. An investigation attributed her death to her medical condition, dismissing allegations that she had been beaten by police forces.

Despite Iranian officials’ clarification on the circumstances surrounding Amini’s death, violent street protests followed her death and finally culminated in attacks on security officers and acts of vandalism against public property and sanctities.

The Islamic Republic has strongly censured several countries, topped by the US and its Western allies, for provoking the riots through their spy agencies and propaganda apparatuses. London, in particular, hosts several anti-Iran networks, including Iran International, Manoto, and BBC Persian.

In a statement published on Saturday, the Security Council of Iran’s Interior Ministry said the enemy waged a hybrid war against the Islamic Republic to weaken national solidarity and hinder the country’s progress, stressing that some 200 people have lost their lives in the riots sparked by separatist and terrorist groups since their outbreak in September.

It said rioters conducted acts of vandalism, violence and insecurity in Iran and paved the way for separatist and terrorist groups to infiltrate into the country and carry out brutal attacks against innocent people. 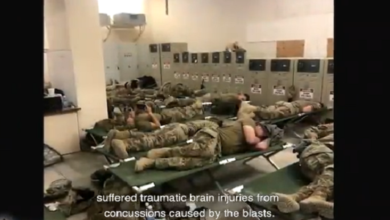