On the occasion of the Iranian National Navy Day, a group of commanders and officials of the Islamic Republic of Iran’s Naval Forces met with the Commander-in-Chief of the Iranian Armed Forces Ayatollah Seyyed Ali Khamenei.

During the meeting, the Leader emphasized the necessity of improving the Iran Navy’s combat power and defense equipment and continuation of measures such as sailing in international waters.

Strengthening the relationship between the armed forces and the government and other organs will lead to increased cooperation and progress, the Leader noted.

Elsewhere in his guidelines, Ayatollah Khamenei stressed that seizing the opportunities and capacities of the seas should become a general culture in the country.

He also spoke about the maritime experience of Iranians in ancient times, which caused the transfer of Islamic and Iranian culture and civilization to other parts of the world.

In the meeting, the commander of the Iranian Army Navy Rear Admiral Shahram Irani also briefed the Leader about the actions and plans of Navy forces in different sectors.

November 28 marks the National Day of the Navy in the Iranian calendar. 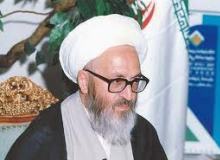