The Islamic Revolution Guards Corps (IRGC) has once again targeted the positions of terrorist groups operating near the country’s western borders in Iraq’s semi-autonomous Kurdistan region.

The IRGC’s Ground Force pounded the positions of terror groups with multiple rocket launchers, precision-strike weapons and drones, according to a report published by Fars news agency.

The report comes as the commander of the IRGC’s Hamzeh Seyed al-Shohada Base said security forces have arrested more than 100 elements of groups of separatists and terrorists, including the so-called Komala Party and the Democratic Party of Iranian Kurdistan (PDKI), who had a role in the recent riots in Iran.

Brigadier General Mohammad Taqi Osanlou said that Iran’s northwestern borders are generally secure but the enemy has managed in a few cases to sneak weapons through the frontiers to stoke riots in Iran. Such attempts have, however, been met with fierce reactions from the Iranian security forces.

“The northwestern region of the country is inaccessible and mountainous. Over the past month, we have confiscated a considerable amount of weapons and ammunition from groups that were seeking to smuggle the arms and certain equipment into the heart of the country,” Osanlou said.

“Our demand concerning establishment of border security must be accommodated by the central government in Iraq. Our request is not only limited to the domestic security of the Islamic Republic of Iran but also includes the security of the Iraqi Kurdistan Region and Iraq. The anti-Iran terror groups operating in the Kurdish region or elsewhere in Iraq are considered a threat to the security of those areas as well. We have had discussions with officials from both the Baghdad government and the Kurdistan Regional Government (KRG) over the matter,” the general said.

Meanwhile, the spokesman for the Iranian Foreign Ministry also reacted to the IRGC’s strikes on the positions of terrorist groups in Iraq’s Kurdistan region.

“Iran will not remain silent in the face of threats to its territorial security, especially those being posed by separatist groups to border areas, and will defend its security,” Nasser Kan’ani said during his press briefing in the capital Tehran on Monday.

Since September 24, the IRGC has been targeting terrorist bases in Iraq’s Kurdistan region on a daily basis, amid reports that terrorists sought to ignite riots and unrest in Iran’s western border cities.

Iran has on countless occasions warned Iraqi Kurdistan’s local authorities that it will not tolerate the presence and activity of terrorist groups along its northwestern borders, saying the country will give a decisive response should those areas become a hub of anti-Islamic Republic terrorists.

Back in May, the IRGC struck and demolished positions of terrorist groups operating near the country’s western borders in Iraq’s northern Kurdish regional capital of Erbil.

Also in September last year, the IRGC launched an attack in northern Iraq, where it destroyed four bases belonging to hostile groups. 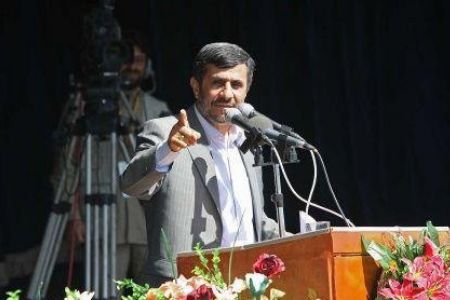