The investigation teams started work on their assignment, immediately with the objective of launching quick, impartial, effective and independent inquiries into the incident including by conducting field research and scientific experiments, reviewing medical records, interviewing relevant and informed persons and reviewing CCTV recordings, the final report of which will be submitted to the judicial authority once investigations are concluded,

Expressing sympathy to the family of the deceased during a phone call, the President of the Islamic Republic of Iran said: “As soon as I was made aware of the incident, I ordered my colleagues to investigate the matter and put it on the agenda, as a priority and, I assure you that I will order to responsible bodies to clarify all the dimensions of the issue.” The family of the deceased, while expressing gratitude to the President for the phone call and issuance of an immediate order to deal with the incident, requested to follow up the issue until its’ aspects are illustrated.

The Speaker of the Islamic Consultative Assembly by underscoring on to abide by the law and exhibit a lawful behavior when it comes to social and cultural issues,said; I assigned the Internal Affairs Commission and councils to investigate all aspects of the incident with urgency and precision and present a report on the outcome to the Parliament”.

In an interview conducted by the Director General of the Tehran Province Legal Medicine Organization a few days after this incident, the initial statement of 2 the aforesaid Organization pertaining to investigations about the cause of the death was explained as such:“no signs of injury on the head and face, bruises around the eyes and fracture of the cranial base were found in the physical examination and autopsy conducted on the deceased. An autopsy of the torso and abdomen shows no traces of bleeding, crushing or rupture in the internal organs of the body. In the meantime, to determine the cause of the death, sometime is required after results of the tests and by combining them with the results of the examination and autopsy of the body and medical records. Then, the Legal Medicine Organization’s final report on the cause of the death will be presented to the judicial authority.”

The Constitution and ordinary laws both recognize the right to freedom of peaceful assembly; and, as long as those participating therein do not resort to unconventional measures, they are protected by the law. However, in case of utilization of cold or hot arms to create law and order disturbance and to bring fear and horror into the hearts of the people, they will be held legally responsible.It is worth to mention that international human rights instruments such as the International Covenant on Civil and Political Rights and the Universal Declaration of Human Rights held the exercise of such rights subject to observance of order, health, public morality, national security as well as respecting to the rights and freedoms of others. Unfortunately, some peaceful gatherings that took place following the incident turned into riots. During the unrest, many public and private properties were set ablaze or looted; and, some law enforcement officials and ordinary people were killed or injured by firearms and cold arms used by the rioters.

The comments and crocodile tears shed by the officials of the countries that claim to be supporters of human rights, under leadership of the US, while they are mocking all international institutions and human concepts by openly violating human rights and directly supporting the biggest violators of human rights in the world. The United States itself is responsible for directly killing of thousands of innocent people in Iraq, Afghanistan and other countries in the region.

Over the past four decades, the instrumental use of human rights by Western propaganda apparatus to blackmail and political and propaganda pressures against the Islamic Republic of Iran has been evident. The interventionist statements of the United States and its allies in Iran’s internal affairs under the pretext of human rights are rejected and unacceptable. These statements are being made when the United States and its allies; who are founder and supporters of maximum pressure and crippling sanctions against the people of Iran and by this way have taken lives of thousands of Iranian sick Children.

Ayatollah Khamenei says US squats other countries thru wars and crisis

Iran to Powerfully Deal with Any Act of Aggression: Iranian Defense Minister 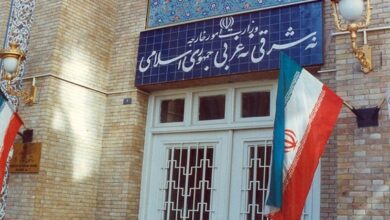 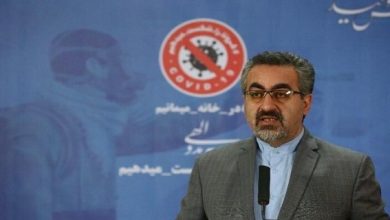