Iran’s President Ebrahim Raeisi says there are a number of major problems facing today’s world, all of which stem from unilateralism.

Raeisi made the remarks on Monday upon his arrival at New York to take part in the 77th annual meeting of the United Nations General Assembly.

Asked about the subject matters that the president will address during his visit and address to the UN session, the Iranian chief executive said he will use the opportunity to explain the Islamic Republic’s standpoints and perspectives.

“We are now faced with a host of global problems and issues, which can be naturally discussed in such meetings to find solutions,” Raeisi said.

He noted that since such problems are general problems affecting the entire world, their solutions must be found through collective wisdom.

Sanctions as instruments of pressure

Elsewhere in his remarks, the Iranian president reflected on the issue of unilateral sanctions imposed on countries.

Raeisi described sanctions as a “weapon in the hands of big powers, which they use in order to apply pressure on [other] nations.”

Iran’s president said such unilateral coercive measures are at odds with “peace, calm, and security,” and mostly harm nations.

Raeisi’s remarks came as he is scheduled to address the world body amid the United States’ ongoing sanctions against Iran, which Washington returned after leaving a historic 2015 nuclear agreement between the Islamic Republic and others, known as the Joint Comprehensive Plan of Action (JCPOA).

The US retains the coercive economic measures, although it is bound by an International Court of Justice ruling to lift those bans that prevent exports of humanitarian goods to the Islamic Republic.

“Naturally, other nations [which are subjected to unilateral sanctions] will have to resort to countermeasures,” Raeisi said, referring to the countermeasures that the Islamic Republic has been employing in reaction to the sanctions.

Turning to the issue of terrorism, Raeisi said this phenomenon is the source of a large part of displacements across the world.

He also criticized the support provided by certain countries and international plays for the terrorist groups.

President Raeisi finally addressed the issue of war and bloodshed throughout the world, reaffirming the Islamic Republic’s outright opposition to all forms of war.

“These issues must be discussed and their solutions, as I said before, are [recourse to] collective wisdom and discussions [among nations],” he said.

“All these [three major] problems are results of unilateralism in the world; I mean, unilateralism gives birth to such issues that are currently tormenting the human societies,” Iran’s president said.

He concluded by saying that such sessions should be held in order to find solutions to these problems.

Raeisi left Tehran for New York on Monday morning, where he will deliver a speech at the UN General Assembly later this week.

Before leaving Tehran, Raeisi said he had no plans to meet with his American counterpart Joe Biden on the sidelines of the United Nations General Assembly.

“There is no plan for talks or meetings with American rulers during the trip,” Raeisi said, dismissing speculations, for the second time since last week, about a meeting with Biden.

He expressed hope that the trip would be fruitful for “our country and system and the Muslim and oppressed nations of the world.” 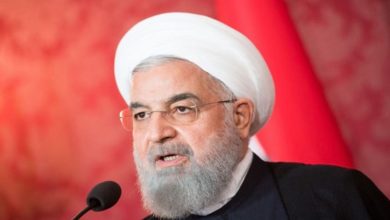 Supreme Leader: Iran Should Be Ready to Face Threats 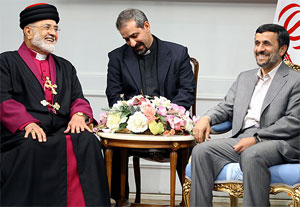