Iran’s President Ebrahim Raeisi says he has ordered a thorough probe into the case of a young woman who collapsed at a police station last Tuesday and died three days later after she was transferred to a hospital in the Iranian capital.

In a Sunday phone call, the Iranian president condoled with the family members of the 22-year-old woman, identified as Mahsa Amini.

“I was informed of this incident when I was on a trip in Uzbekistan [to attend the latest Shanghai Cooperation Organization summit]. I immediately ordered my colleagues [in the administration] to investigate this as a special case,” he told Amini’s family.

Raeisi assured the family of the deceased woman that every effort will be made to protect her rights.

“Rest assured that I will demand the concerned state bodies to follow up on this case until all its aspects come into the light,” he added.

Immediately after Amini’s death on Friday, Raeisi ordered Iranian Interior Minister Ahmad Vahidi to investigate the details of the incident with “urgency and precision” and to submit a report on the results.

A special committee has been established to investigate different aspects of Amini’s death.

Speaking to reporters on Saturday, Vahidi said the country’s forensic experts are looking into the case.

“Forensic examinations are underway. These examinations are thorough, painstaking and comprehensive. Therefore, we must wait until forensic experts reach a conclusion and present their final opinion,” the minister added.

He also rejected rumors that the woman had been beaten at the police station, saying relevant authorities have reported no assault and battery in this case.

“In addition, there were several female police officers present at the scene while there was no batons to be used for beating [the detainees],” the minister added.

Vahidi noted that following her collapse, Amini was taken to the nearest hospital to be treated by specialist doctors, and “her treatment was done rapidly and according to due procedures.”

Police on Friday released CCTV footage of the moment she fell to the ground, dismissing allegations of any physical violence against the victim. 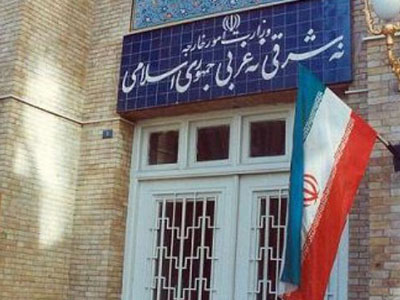