Warning about the growth of Takfiri terrorism in the region, the Iranian President said that unity between Shia and Sunni Muslims is a strategy for the Islamic Republic of Iran, not a tactic.

Speaking in a meeting with a group of Sunni Muslim scholars and clerics, Iranian President Ebrahim Raeisi spoke about the important position of Sunni scholars in the history of the country.

“You Sunni clerics and thinkers have provided many services in your own country, and Shias and Sunnis have lived together in Islamic Iran for many years,” the Iranian President said.

Referring to the request of some Sunni scholars to employ them more in managerial positions, he said, “Using qualified people is an important and necessary thing and the criterion for the government is efficiency, and in every province, I go, I have emphasized that the local forces must be employed more.”

In another part of his speech, Raeisi referred to the growth of takfiri movements in the region and said, “We must be careful about the influence of Takfiri and Salafi ideas in the country; British backed Shia groups and US-backed Sunni groups are two sides of the same coin, and both are anti-unity in the Islamic world, while unity is a strategy for the Islamic Republic of Iran, not a tactic.” 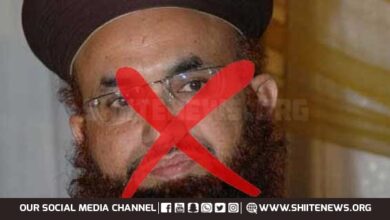 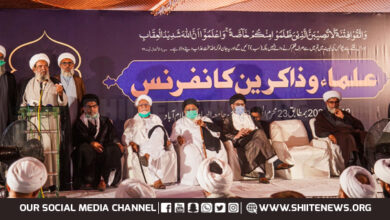 Ayatollah Khamenei: Nuclear agency must get ready for enrichment up to 190,000SWU as of tomorrow