Veteran Iranian movie producer, director and researcher Nader Talebzadeh has been laid to rest at a cemetery in southern Tehran.

The burial ceremony held at Behesht-e Zahra on Sunday morning was attended by hundreds of mourners, including senior officials, luminaries, family members, friends, colleagues, journalists, among others.

Earlier, a funeral ceremony was held for Talebzadeh at the holy shrine of Imam Reza, the eighth Shia Imam, in the northeastern city of Mashhad.

Talebzadeh, 69, succumbed to his heart disease at a hospital in the Iranian capital on Friday.

He directed numerous award-winning movies and produced his first feature-length movie titled “The Messiah” in 2007. The movie depicted the life and teachings of Jesus from an Islamic perspective, based not only on the Bible but also on the Holy Quran.

Talebzadeh brought his own experiences of the eight-year Iran-Iraq war in the 1980s into his work to expose the brutalities of the former Iraqi regime under Saddam Hussein and the ravages of war.

Talebzadeh also served as the chairman of the International New Horizon Conference, an annual event that shines a light on the hegemonic policies and war crimes of the US and the Israeli regime.

He and his wife Zeinab Mehanna were blacklisted and sanctioned by Washington in February 2019 for organizing the conference.

Talebzadeh’s death has been widely grieved in Iran and across the region, where he was known as the face of resistance media and a champion of the Palestinian cause.

In a message on Saturday, Leader of the Islamic Revolution Ayatollah Seyyed Ali Khamenei offered condolences on the death of the “revolutionary researcher and artist.”

“I received the news of the death of the revolutionary and hard-working researcher and artist, Mr. Nader Talebzadeh,” Ayatollah Khamenei said. “I extend my sincere condolences to his family, colleagues and friends, and ask God Almighty for mercy, forgiveness, and good rewards for his valuable cultural and media services.”

Iran’s President Ebrahim Raeisi also offered his condolences on the demise of the “revolutionary and cultured” filmmaker. 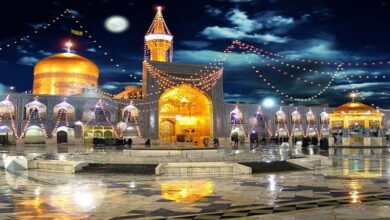 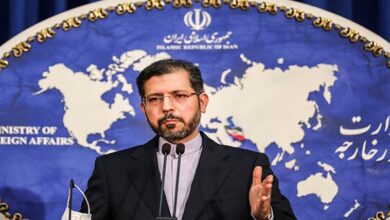 Iran slaps sanctions on Trump, other US officials over terrorism