In a meeting with the Yemeni Ambassador to Tehran Ibrahim Mohammad Mohammad al-Deilami, the Iranian Foreign Minister stressed the need to completely lift the Yemeni blockade and establish a permanent ceasefire in the country.

Referring to the resistance of the Yemeni people against the Saudi-led coalition attacks and expressing concern about the critical situation in Yemen, Hossein Amir-Abdollahian stressed the need to lift the complete siege of Yemen and establish a permanent ceasefire to pave the way for Yemeni-Yemeni talks to determine their own destiny.

The Iranian top diplomat also stated that the Yemeni people will decide their own destiny with intelligence and Resistance spirit.

Al-Deilami, for his part, appreciated the position and the support of the Iranian government and nation to Yemen.

The Yemeni envoy also briefed Amir-Abdollahian on the temporary ceasefire and the latest developments in Yemen. 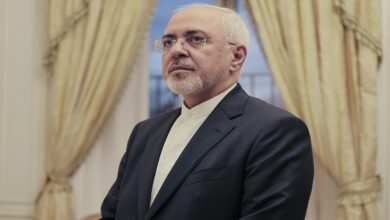 Imam Hussein ingrained resistance to injustice in our hearts: Zarif