A number of the participants to the 35th International Islamic Unity Conference will meet with the Supreme Leader of Islamic Revolution, Ayatollah Seyyed Ali Khamenei, on the birth anniversary of Prophet Mohammad (PBUH).

The meeting will be held on Sunday in accordance with the health protocols announced against COVID-19.

Every year the participants to the International Islamic Unity Conference meet with the Supreme Leader as part of the conference though it was not held last year since the 34th round of the conference was only held online due to the circumstance caused by COVID-19.

Led by Hujjat-ul-Islam Hamid Shahriari, Iran’s World Forum for Proximity of Islamic Schools of Thought has scheduled to hold the 35th Islamic Unity Conference on October 19-24, 2021 as more than 500 Muslim intellectuals, thinkers and religious experts will discuss their views on the latest issues in the world of Islam in 24 webinars.

The theme for 35th Islamic Unity Conference is “Islamic Unity, Peace and Avoidance of Division and Conflict in the World of Islam” as participants discuss the latest situation in the world of Islam. Two meetings will particularly detail the views on the issue of Palestine and late Ayatollah Mohammad Ali Taskhiri, the late advisor of Supreme Leader and former secretary general of World Forum for Proximity of Islamic Schools of Thought. 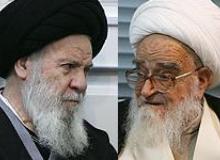