Iran’s Islamic Revolution Guards Corps (IRGC) warns that it will take action to destroy terrorist and counterrevolutionary outfits’ positions in the northern Iraqi Kurdistan Region if the regional authorities do not expel these elements themselves.

“If this request is not met, we will act on our duty to destroy their positions and bases,” Brigadier General Mohammad Pakpour, commander of the IRGC’s Ground Force, said during an event in the northwestern city of Sanandaj on Wednesday, Fars News Agency reported.

The Corps does not tolerate those groups’ entrenchment in the areas and “will confront [it] forcefully,” he added, addressing the Kurdistan Regional Government (KRG)’s authorities.

He also said that the level of the IRGC’s military preparedness to confront whatever threatening behavior “has reached the premium threshold.”

The IRGC has, on many occasions in the past, taken action to target the terrorists’ redoubts in Kurdistan through direct military engagement using ballistic missiles as well as combat and kamikaze drones.

Turning to another issue, the commander said signs of the United States’ defeat “have become apparent throughout the world,” Tasnim News Agency cited him as saying.

He referred to the US’s departure last month from Afghanistan following two decades of occupation as “their biggest defeat.”

Pakpour then addressed the issue of growth in the Islamic Republic’s influence and might on the regional and international arenas, including in the military sphere.

Iran is currently enjoying “a determining” position in the JCPOA negotiations, he said. The official was referring by acronym to the Joint Comprehensive Plan of Action, a 2015 nuclear deal reached between Iran and world powers.

“Nor do they possess the strength to confront us in military warfare,” he concluded. 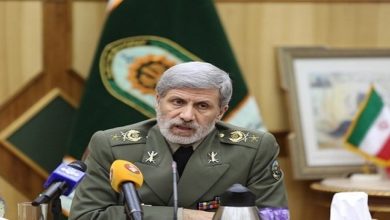 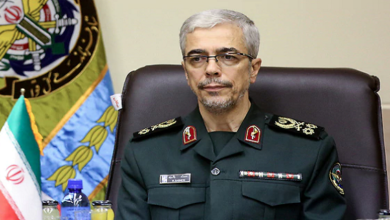