In retaliation to the US assassination of top anti-terror commanders, General Qassem Soleimani and Abu Mahdi al-Muhandis, the resistance axis has killed two American and Israeli commanders, according to a report.

The Cradle, which describes itself as a journalist-driven publication covering West Asia, has learned through a senior security source that the resistance axis has killed two high-ranking American and Israeli commanders in a military operation in Erbil in northern Iraq.

The operation was carried out to avenge the killings of the commander of the Islamic Revolution Guards Corps (IRGC) Quds Force Gen. Soleimani and deputy commander of Iraq’s Hashd al-Shaabi Mahdi al-Muhandis, the report said on Monday.

Quoting a “senior resistance axis security official,” the report identified the slain men as Lt. Col. James C. Willis, 55, of Albuquerque and of the Red Horse Unit, an American commander, and Col. Sharon Asman, 42, of the Nahal Brigade, an Israeli commander.

Both the US and the Israeli regime had claimed that the commanders were killed in separate accidents days apart.

The Pentagon had on June 27 claimed that Willis died in a non-combat incident at Qatar’s Al-Udeid base, without providing further details.

The Stars and Stripes, an American military newspaper, described him as “commander of the 210th Red Horse Squadron,” a 130-member unit that “provides civil engineering with rapid response capabilities to conduct operations in remote, high threat environments.”

According to Israeli media, Asman died on July 1 “after collapsing during fitness training at a military base in central Israel.” He had fought in Lebanon and Gaza among other places in his career spanning 25 years.

However, dismissing media reports aimed at obfuscating the truth, The Cradle quoted the security source as saying that both Willis and Asman were killed in Erbil during an operation against those involved in the assassinations of Soleimani and Muhandis.

There have been at least two separate attacks this year on the Israeli spy agency Mossad targets in Iraq.

The Cradle source did not elaborate on the timing of the attacks that killed Willis and Asman.

“Iran has changed the equation of dealing with the (Israeli) regime,” the source was quoted as saying, referring to Iran’s new assertive stance toward the Israeli regime.

Pertinently, this is the first time a resistance axis official has claimed responsibility for retaliatory measures against the killers of the top Iranian and Iraqi commanders, The Cradle said in the report.

Gen. Qassem Soleimani and Mahdi al-Muhandis, the two iconic figures in the fight against the Daesh terrorist group, were killed in a US airstrike outside the Baghdad International Airport on January 3, 2020.

Days after the brazen act, the IRGC launched a volley of missiles at a major military base housing American forces in Iraq.

Iranian officials have on several occasions vowed to avenge the death of the two top commanders, as well as the killing of its top nuclear scientist Mohsen Fakhrizadeh.

Iran has denounced the assassinations as “state terrorism” and vowed to end the American presence in the region as the ultimate act of revenge, while urging neighboring Iraq to expel the US forces from the country.

“Continuing to pursue this case and bringing the state terrorists to justice is one of the definitive policies of the Iranian Foreign Ministry,” he said last Tuesday, during a meeting of the special committee on the legal and international pursuit of General Soleimani’s assassination.

“The Foreign Ministry is committed to its intrinsic duty to pursue this issue legally, politically and internationally,” he stressed, while emphasizing the need to keep alive the memory of Gen. Soleimani.

The newly-appointed minister said Iran has repeatedly stressed that its defensive power and progress in new technologies and domestic innovations are meant to ensure national security and respond to any external aggression.

“The enemies of the Iranian nation will definitely receive a crushing response for any imprudent and reckless action and will incur heavy costs,” Brig. Gen. Ashtiani asserted, referring to the Israeli regime. 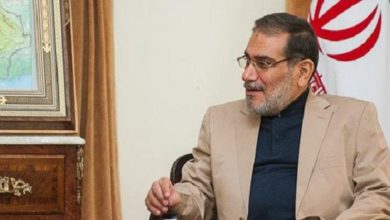 No war will break out between Iran and US: Official