President Ebrahim Raeisi warns the United Nations nuclear watchdog against the consequences of its “unconstructive” attitude towards Iran.

Raeisi made the remarks during a phone call initiated by European Council chief Charles Michel, which he had officially requested to hold with the Iranian chief executive.

“Instances of Iran’s serious cooperation with the (International Atomic Energy) Agency (IAEA) serve as shining examples of its will to observe transparency in its nuclear activities,” the president said.

“[However,] the agency’s unconstructive attitude will be disruptive of the negotiation course,” he said, adding, “Naturally, it defies logic to expect Iran to offer a constructive reaction to such attitude.”

The IAEA has, on several occasions, relied on so-called information provided to it by the US and the Israeli spy agency of Mossad to allege the presence of “uranium traces” on some locations inside the Islamic Republic.

The body that is forbidden from trusting alleged data provided to it by foreign intelligence serves, has been using the claims to request visits to those sites on Iranian soil.

Tehran, which has been warning the agency against adopting such approaches, has, nevertheless, provided it with voluntary access to those sites to show its goodwill. The good-faith gestures have not stopped the agency, though, from repeating such requests.

‘Iran expects Europe to act strategically independent of US’

Raeisi said Iran was the only country that stood by the Joint Comprehensive Plan of Action (JCPOA) in the face of the United States and Europeans’ non-commitment.

The US left the historic 2015 nuclear deal three years after its conclusion and began reinforcing its oppressive sanctions against the Iranian nation. Its European allies in the deal—the UK, France, and Germany—were quick to start toeing Washington’s sanction line as closely as possible.

The president said Iran expected Europe to assume a “strategically independent” line and stop having its policies mirror those of the US.

He stated that the Islamic Republic wanted to expand its relations with the European Union and its constituent members “in the areas of common interests.” This, however, rested on the observance of the “mutual respect principle,” focus on areas of commonality, and “prevention of extrinsic elements” from impacting on the relations, the chief executive noted.

“This necessitates the European side’s actual will and its refusal from hinging [its interaction with Iran] to the will of unilateral powers such as the US,” he added.

All, the president said, had to try to enable assumption of power in Afghanistan—where the Taliban has risen back to power—by an inclusive government.

He, meanwhile, referred to the women and children’s rights in the Central Asian country as the Islamic Republic’s “serious concerns,” adding, “We will try our utmost to ensure the preservation of the Afghan nation’s absolute rights.”

Two decades of direct interference by the US and the Western military alliance of NATO proved that the “presence of foreign governments, especially the US, in Afghanistan failed to contribute to the establishment of security there, and resulted in nothing but warfare, bloodshed, and destruction for the country.”

The entire world witnessed that Iran was the only country to truly confront Daesh’s terrorism in Iraq and Syria, Raeisi asserted.

He called General Soleimani, who used to direct Iran’s military advisory assistance to Baghdad and Damascus in the face of the group, “a hero of terror fight in the region and the world,” censuring European countries for failing to adopt a “just position” on his assassination.

Michel for his part expressed “serious” determination on the part of the EU to boost its relations and economic cooperation with Iran.

He acknowledged the adverse effects that sanctions had left on the two sides’ relations, noting that it was for the same reason that the concept of strategic independence had assumed some significance in the eyes of the bloc.

Michel alleged he was seriously in favor of the idea of the body’s rather advancing its own interests, and remain an “honest partner” for Iran.

Tweeting afterward, he also said, he had talked with Raeisi on “the importance to resume quickly the negotiations to bring the JCPOA back on track.”

“The EU and Iran have a common interest to work together on regional and global issues, including on Afghanistan,” the official noted, and acknowledged Iran’s playing “an important historical role in hosting Afghans” through years. 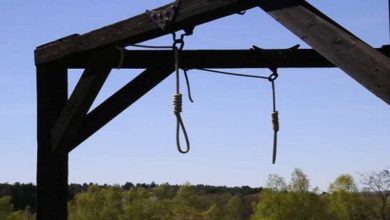 Iran warns US of ‘big risk’ if it blacklists IRGC

US must show goodwill in action: Iran cleric 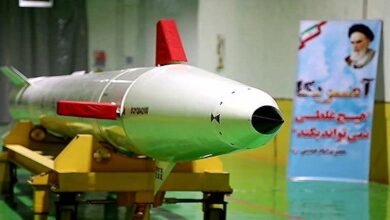