A senior commander of Iran’s Islamic Revolution Guards Corps (IRGC) has warned Iraq’s Kurdistan Regional Government (KRG) against allowing terrorist groups to use its territory to pose threats against security of the Islamic Republic.

Brigadier General Mohammad Pakpour made the remarks on Monday in reaction to recent moves by anti-Iran armed terrorists in the northwestern border areas of the country as he was inspecting military units and border posts in that region.

Noting that armed terrorist groups use Iraq’s northern territory as a base to sow insecurity in Iran’s border regions, the IRGC commander said, “Continuation of this situation is not tolerable for us and we will give necessary response to terrorists.”

General Pakpour noted that Iran has frequently warned and informed the KRG officials about the moves made by armed terrorist groups in their region to penetrate into Iran and scuttle the country’s security.

“Terrorist and counterrevolutionary groups affiliated with the global arrogance and foreign espionage services have been using the territory of northern Iraq for many years to undermine security and peace in border areas of the Islamic Republic of Iran and harass the inhabitants of these regions,” he said.

The commander noted that the Islamic Republic has issued necessary warnings to the Iraqi government and the KRG officials in this regard.

The IRGC commander emphasized that the Iraqi government and the Kurdistan Regional Government should not allow terrorists to act freely and set up strongholds on those territories to threaten and create insecurity against Iran, adding, “We consider any negligence in this regard to be contrary to good neighborly ties and good relations between the two countries,” Pakpour pointed out.

General Pakpour said, “In view of the situation in the [northern Iraqi] region and the possibility of [giving] a firm and crushing response by the Islamic Republic of Iran to terrorist groups, which are affiliated with the sworn enemies of the [Islamic] Revolution and the Islamic Establishment, and are holed up in the northern Iraqi territory, we request the inhabitants of this region to distance themselves from terrorists’ bases, so that no harm would come to them.”

Iraqi Kurdistan Region has been used for a long time by such anti-Iran terror groups as the Kurdistan Workers’ Party (PKK) and its offshoot, PJAK, which are active in Iraq and Turkey, to launch occasional attacks against the positions of Iranian border guards and border areas in northwestern parts of the country. The attacks have been invariably faced with crushing responses from Iran’s border guards and other military units deployed in those areas.

PJAK is an offshoot of Turkey’s PKK and is known for carrying out random hit-and-run attacks against Iranian targets, after which they retreat to their lairs in Turkey as well as the northern Iraqi territory.

They carry out their attacks in parts of Iran’s West Azarbaijan province, which borders Iraq, Turkey, and Armenia.

On October 4, 2016, General Pakpour said a terrorist group, backed by the United States and the Israeli regime, had been dismantled in the country’s west near the border with Iraq, with Iranian forces killing all of its members.

In a similar announcement in July the same year, Pakpour said the IRGC forces had captured two members of a terrorist group in the southwest, saying the detainees had admitted to US and Saudi support.

Earlier in the year, a Takfiri-Wahhabi plot to stage attacks in Iran’s major cities, including Tehran, was thwarted. 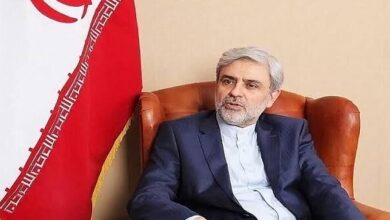 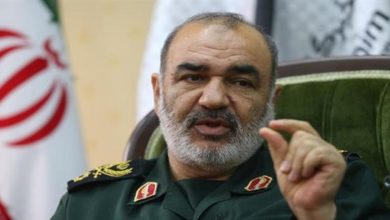 IRGC dismissed US claims to shot down Iranian Drone, its a “big lie”