Iranian President Ebrahim Raeisi has stressed the importance of solving issues in the region through dialog, saying neighborly cooperation free from foreign interference is a prerequisite for regional stability and security.

“Cooperation and synergy among regional countries without foreign interference are prerequisites for regional stability and security, the establishment of peace in countries of the region, and welfare of its nations,” Raeisi said in a Tuesday meeting with visiting Iraqi Foreign Minister Fuad Hussein in Tehran.

Iran believes that dialog among regional countries aimed at finding solutions to the existing problems and improving relations would promote security and stability, while foreign meddling in the region’s affairs would increase tensions, he added.

He said that the Islamic Republic has always attached importance to the settlement of problems in Iraq, and that Tehran regards Baghdad’s development and advancement as its own.

The Iranian president thanked Iraqi Prime Minister Mustafa al-Kadhimi for inviting him to take part in a conference of Iraq’s neighboring countries due to be held later this month.

The Iraqi foreign minister, for his part, said the upcoming conference would support the political process and economic development in his country.

Hussein said the meeting would also be a step towards collective cooperation among regional countries in establishing lasting security in the region.

He added that durable security in the region would not be achieved without the presence of Iran and Iraq, and that the Baghdad conference would prepare the ground for promoting regional dialog in order to reach a collective understanding.

‘Iran monitoring suspicious activities of US, Israel, UK in region’

In a separate meeting, Iraq’s top diplomat sat down for talks with Iran’s security chief on issues of bilateral and regional significance.

During the talks, Secretary of Iran’s Supreme National Security Council (SNSC) Ali Shamkhani said the recent “suspicious” activities of the US, Israel and the UK in the Middle East work to destabilize the volatile region, warning that the Islamic Republic is fully aware of the motives behind such moves and stands ready to foil any conspiracy.

Shamkhani said the US’s “evil” presence in the region and its “overt and covert” meddling in the affairs of its countries fuel the tensions there.

“The suspicious behavior that the United States, Britain and the Zionist regime (Israel) have recently begun to display in the region have laid the ground for insecurity and misunderstanding among the Persian Gulf littoral countries,” Shamkhani added.

He said Iran has full intelligence regarding the covert objectives of such measures and is completely ready to neutralize plots aimed at destabilizing the region.

Tensions simmer in the region in the wake of the July 29 suspected drone attack on the Israeli-managed tanker — Mercer Street — off the Omani coast, where two crew members were killed.

The Tel Aviv regime and its Western allies alleged that Iran had been behind the attack without presenting any evidence to substantiate their claims.

Tehran denied any involvement in the incident and categorically dismissed the baseless accusations.

Despite the denial, the US and its allies threatened Iran with military action, prompting a stern warning from the Islamic Republic.

Elsewhere, the SNSC secretary-general said the US imposes sanctions on resistance groups in Iraq, Syria and Lebanon, which operate against terrorism in the region, and instead gives a green light to terror groups to massacre people in the Middle East.

“The nations’ hatred towards the United States and its allies is rooted in the same dual and mischievous behavior,” he added.

In a notice issued on Monday, the US State Department has imposed a new round of sanctions on resistance groups in Iraq Syria and Lebanon, in what appears to be a sign of Washington’s anger over the successful role they have been playing in the fight against foreign-sponsored terror outfits in the two Arab countries.

The sanctions were imposed under the so-called Iran, North Korea, and Syria Nonproliferation Act (INKSNA), which bans arms transfer to those targeted.

Elsewhere in his remarks, Shamkhani also stressed the importance of full and speedy implementation of agreements previously signed between Tehran and Baghdad, saying it would be a major step to increase the level of comprehensive cooperation and welfare of the two nations.

Referring to the anti-Iran armed terrorist groups taking shelter in Iraq’s Kurdistan, he called on the Iraqi government to take more serious steps to expel these groups from the semi-autonomous region in order for Tehran not to adopt precautionary measures against vicious acts by the armed terrorists.

The Iraqi foreign minister, for his part, voiced his country’s opposition to any move against Iran from its soil and said Baghdad would severely counter any group or movement seeking to use its territory to pose a threat against its eastern neighbor.

Hussein hailed the gradual settlement of the issue of paying Iraq’s debts to Iran and said despite the appropriate level of economic and trade ties between Tehran and Baghdad, Iraq is ready to broaden comprehensive relations with the new Iranian administration under President Ebrahim Raeisi given the two countries’ great potential for cooperation.

The top Iraqi diplomat arrived in Tehran on Tuesday to hold wide-ranging talks on the expansion of bilateral ties, besides regional and international issues, with senior Iranian officials.

Leader’s Adviser: ISIL Part of US Plot to Spread Islamophobia 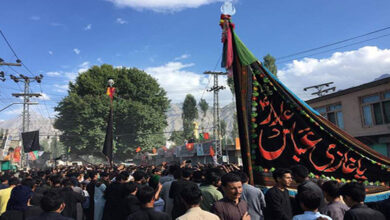 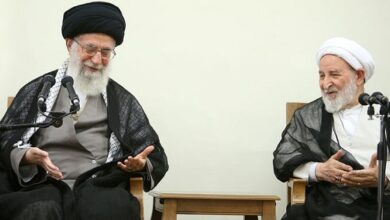 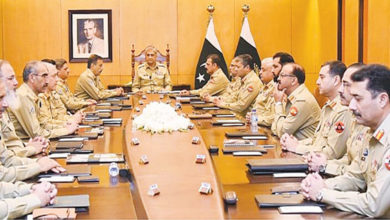