The Iranian Foreign Ministry has dismissed rumors about the entry of the country’s military forces into foreign ships passing in the Persian Gulf and the Sea of Oman, warning against such false reports propagated by the Western and Zionist media.

Saeed Khatibzadeh, the Foreign Ministry spokesman, made the remark in an interview with Tasnim news agency on Tuesday after UK sources reported the “potential hijack” of a British vessel off the coast of the United Arab Emirates’ Fujairah region.

British authorities claimed that the Panama-flagged Asphalt Princess oil tanker had been hijacked, and said they were “working on the assumption Iranian military or proxies boarded the vessel” in the Gulf of Oman.

Khatibzadeh categorically rejected as “untrue” the reports circulated by Western and Israeli media about the involvement of Iran’s Armed Forces in the incident.

The Iranian Foreign Ministry spokesman also called on all parties to be vigilant against the spread of fake news, given the contradictory news about maritime security in the region.

Khatibzadeh earlier described as “suspicious” a number of reported security incidents involving ships in the Persian Gulf region and warned against any effort to create a “vicious atmosphere to pursue certain political goals.”

Khatibzadeh said Iran pursues the policy of establishing security and stability in the region, adding that the Islamic Republic provides naval support for vessels passing through the strategic waters in the Persian Gulf and the Sea of Oman.

“Iran’s naval forces are ready to provide naval support, if needed, to transit ships in the region,” he said. “In case of problems in navigation systems, the Islamic Republic of Iran is ready to provide assistance and investigate the matter closely.”

The latest incident comes less tan a week after the United States and the United Kingdom joined Israel in accusing Iran of orchestrating Thursday’s attack on an Israeli tanker off the coast of Oman, despite Tehran’s firm denial.

Zodiac Maritime, the Israeli-owned firm managing the Mercer Street oil tanker, claimed in a statement that two crewmen, a Briton and a Romanian, had been killed in the assault.

Iran’s Foreign Ministry said the accusations leveled against Tehran by Israel and the United States about attacking the Israeli-owned ship in the Sea of Oman are “childish” and influenced by the Zionist lobby in the United States.

Khatibzadeh also warned on Monday against any possible act of adventurism against the country’s interests after the maritime incidents, pledging “immediate, powerful, and serious” response to any such move.

In recent months, several other Israeli ships have come under attack on various maritime routes across the world.

Last month, a fire broke out on an Israeli-owned cargo ship after it was struck by an “unidentified weapon” in the northern Indian Ocean. Lebanon’s al-Mayadeen television network said at the time that the Israeli vessel had been en route to the coast of the UAE when it was attacked.

The attacks come against the backdrop of the Israeli regime’s unrelenting assaults on cargo ships across the Persian Gulf region and elsewhere.

In an interview with Press TV on Tuesday, Chief of Staff of the Iranian Armed Forces Major General Mohammad Hossein Baqeri said any response to Israeli acts of aggression against the Islamic Republic would be “open and forthright.”

Dismissing Western allegations that Iran was behind the recent deadly attack on the Israeli-managed Mercer Street vessel off the coast of Oman, Baqeri stressed that whenever Israel suffers a setback, the regime and its allies rush to making accusations against Iran without any proof or investigation.

The top Iranian military commander also said Israel itself is responsible for the consequences of its actions and it is natural that Israel would receive a response from those it has targeted.

“Contradictory news from some Western, Zionist and Saudi media about any maritime insecurity and hijacking in the waters of the region is a kind of psychological operation and laying the groundwork for new adventures,” Shekarchi said.

The senior spokesman said the Iranian Armed Forces are fully prepared to counter any suspicious movements in the regional waters, while expressing the Islamic Republic’s readiness to provide any assistance and dispatch relief units at the request of foreign vessels. 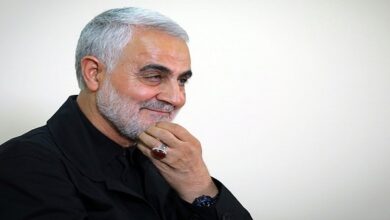 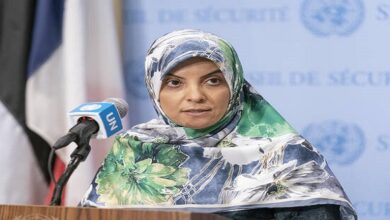 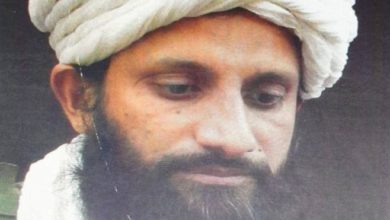