Cohen released an image of his meeting with a ringleader of al-Ahwaziyah terrorist group on his twitter page, stressing that Israel supports the separatist groups in Iran’s Southwestern province of Khuzestan and is standing beside them against the Islamic Republic.

He then addressed the Persian Gulf Arab states, saying, “Arabs! Watch! We, the Jews, supported them. You, the Arabs, did not support the Ahwazis. The Jews are nobler than you. Shame on you the cowards and servants of Iran. History will not show mercy to you, the Arabs.”

Al-Ahwaziyah, an Arab separatist group, has long has ties with Saudi Arabia and has run joint operations by the ISIL in the last several years as well.

People in Khuzestan province rallied this week to protest shortages of drinking and agricultural water, and the drying up of wetlands and rivers.

It is less than a month that the western regions of Khuzestan have been in a water crisis, and due to the lack of water in the Hur al-Azim wetland, some local people have lost their livestock. A number of young people have been holding mostly peaceful protest rallies in the past few days in certain regions of Khuzestan province. Yet, Separatist and anti-revolutionary groups have been attempting to provoke rallies into rioting by false-flag operations and through a large disinformation campaign.

Rioters and armed militants disguised among protestors who have been holding rallies to demand solution of their problems related to water shortage and drought in Iran’s Southwestern province of Khuzestan killed a young protestor and a policeman last Tuesday.

Human Rights Lawyer and Director of Partners for Rights Elahé Sharifpour-Hicks, a member of the US-backed opposition of the Islamic Republic based in the western countries, wrote on her twitter page that armed members of the Mojahedin-e Khalq Organization (MKO also known as MEK, NCRI or PMOI) terrorist group trained by Israel are actively present among protesting people in Khuzestan to provoke tensions.

The group has a record of numerous terrorist operations in Iran in the past two decades, killing citizens, including children and women.

One factor behind Iran’s water shortages is a sharp drop in rainfall, which has been more than 40% below last year’s levels in recent months, combined with high Summer temperatures. The drought has left Iran’s dams with less water to generate electricity, contributing to blackouts in recent weeks.

Iran’s Judiciary Chief Gholam Hossein Mohseni Eje’i issued an order to immediately follow up on resolving the water problem in Khuzestan, and a senior judicial and executive delegation was sent to the Southwestern province to investigate the issue. President Hassan Rouhani also sent the Head of the Crisis Management Organization to Khuzestan at the head of a high-level delegation to settle the problems in the province as soon as possible. 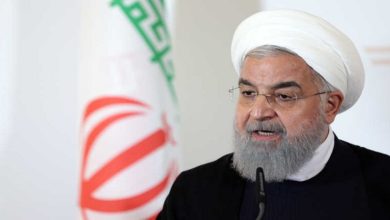