This is the most advanced destroyer Iran has ever built. It’s called Dena.

The warship joined the Iranian naval fleet in the country’s southern port city of Bandar Abbas on Monday, during a ceremony attended by senior army commanders. President Hassan Rouhani inaugurated the ceremony through a video conference.

The domestically-made frigate is the latest of the Moudge-class destroyers, which is an upgraded version of Jamaran frigate.

It has both combat and defense capabilities and is equipped with a helicopter deck and a radar system that can detect and destroy any aerial or marine threats.

The mine countermeasures vessel is 33 meters long and 11 meters wide and can detect and destroy a variety of naval mines.

Iran’s maritime forces turned into a blue-water navy 13 years ago by setting sail as far as the Gulf of Aden and east of the Indian Ocean.

Currently, the Iranian navy is sailing toward the north Atlantic Ocean using two homegrown vessels to mark the country’s longest naval navigation in the high seas ever. 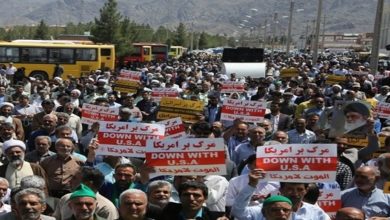