Leader of the Islamic Revolution Ayatollah Seyyed Ali Khamenei says the Zionist regime of Israel only “understands the language of force,” urging Palestinians to grow in power and resistance capacity to confront the enemy.

Palestinians “have to increase their power and [capacity for] resistance to force the criminals to surrender and stop their violent measures,” Ayatollah Khamenei said in a via video conference to representatives of student groups hailing from various Iranian universities.

“The violent and cruel crimes of the Zionists are [taking place] before the eyes of the people of the world, and all should live up to their duties by condemning them,” Ayatollah Khamenei asserted.

The Israeli regime’s aggression and violations against the Palestinians have witnessed a shocking spike since the beginning of the Muslim holy fasting month of Ramadan.

Since early Ramadan, the Israeli military and illegal settlers have been launching brutal crackdowns on Palestinians throughout the occupied territory of the West Bank. The greatest part of the violence has targeted the holy city of Jerusalem al-Quds, where the military and the settlers have been trying to prevent Palestinians from gathering and performing their religious duties.

The barbarous measures have seen the regime attacking thousands of Palestinian worshippers on the al-Aqsa Mosque’s compound in al-Quds’ Old City.

Also during Ramadan, the military attacked the al-Quds’ neighborhood of Sheikh Jarrah, trying to force Palestinians into leaving their homes.

The regime has also carried out numerous attacks against the Tel Aviv-blockaded Gaza Strip, whose residents have risen up in solidarity with their fellow Palestinians in al-Quds.

While expressing profound regret over the brutalities, the Leader hailed the Palestinian nation’s alertness, steadfastness, and resolve to confront the regime’s crimes.

The groups have so far fired hundreds of rockets towards the occupied territories, some of which have flown as far as al-Quds itself. The latest stage of the reprisal targeted the cities of Ashkelon and Ashdod to the north of the Gaza Strip, killing two Israelis and injuring more than 90 others. 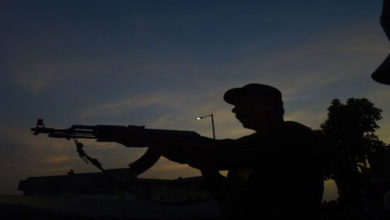 Two Daesh and one Taliban terrorist among three arrested in Punjab 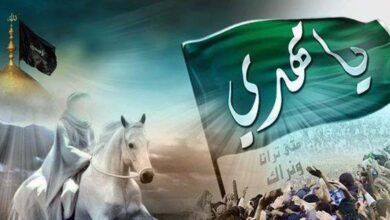 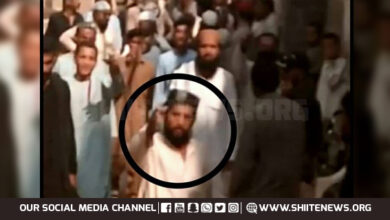