He said the IRGC Quds Force has crushed the enemy’s focal points by building power in Islamic lands through expanding anti-arrogance resistance, adding that the Force has shattered the power of global arrogance by promoting the defensive power of the Muslim world.

Pointing to the philosophy of the Quds Force, the IRGC commander-in-chief said that building power in Islamic lands and breaking the enemy’s focal points are among the functions of this force.

He lauded the powerful IRGC Quds Force and said the force has proved that the philosophy, basis and purpose of its formation has been completely accurate, as it has duly targeted and defeated the global arrogance that pursued and plotted to break up the Islamic world and attack its countries.

The arrogant front dreamed of attacking and defeating each component of the Islamic world independently in order to seize their land and establish a rich and high-capacity geography to use it for its survival on a global scale, he added.

“If it were not for this huge force … Daesh, which is like a dangerous political virus, would now prevail the world,” he said.

In his remarks, the commander-in-chief of the IRGC also praised the late commander of the Quds Force General Qassem Soleimani for his decisive role in confronting Daesh while supporting diplomacy through reinforcing the Islamic Republic’s power.

“If Hajj Qassem had not stood, Daesh would have infiltrated this land and other lands today,” he said.

General Soleimani headed Iran’s anti-terror campaign in the region as the commander of the IRGC Quds Force until his martyrdom, on January 3, 2020, in a drone strike directly ordered by former US president Donald Trump. 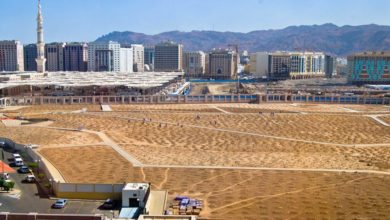 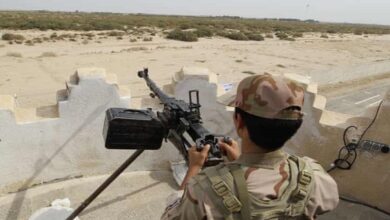