President Hassan Rouhani has assured the nation of a bright future for the Iranian economy as the failure of the US economic war will open up a new chapter in trade ties.

Speaking at a meeting of the government’s economic coordination headquarters in Tehran on Sunday, Rouhani predicted that Iran’s economic situation would improve given the easing of inflation expectations and increased oil and non-oil exports.

However, he added, the enemies are seeking to stop or slow down the positive trend through propaganda by their hostile media and psychological warfare.

“It has been proven to the government that the goal of the defeated directors of the economic war is to disrupt the country’s economic peace, and today they are trying to make the victory of the nation against the economic war fruitless and bitter,” Rouhani said.

“I am sure that economic activists and the people … do not pay attention to such statements and measures, and strongly continue their activities with confidence, tranquility and hope for the bright horizon of the country’s economy.”

The Iranian chief executive further stressed that the failure of former US President Donald Trump’s economic war has changed the view of Iran’s trading partners, with the country’s economic relations entering a new phase.

Iran has been under a series of illegal sanctions imposed by the US since 2018, when Trump withdrew Washington from the 2015 nuclear deal, officially known as the Joint Comprehensive Plan of Action (JCPOA).

The US unleashed the so-called maximum pressure campaign and targeted the Iranian nation with the “toughest ever” restrictive measures.

In recent months, Washington tightened its oppressive sanctions against the Islamic Republic, defying warnings from Tehran and international human rights organizations that the restrictions are severely hampering the Iranian health sector’s fight against the coronavirus pandemic. 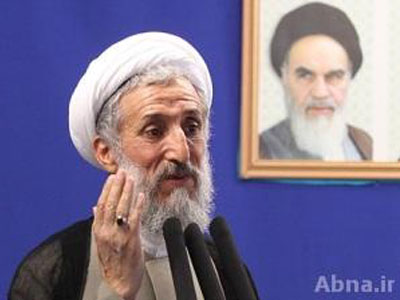 European intelligence: The probable kidnapping of Iranian officials in Mina stampede by Mossad