The Navy commander of Iran’s Islamic Revolution Guard Corps (IRGC) said that the IRGC’s readiness to monitor and protect the country’s water borders is permanent.

IRGC Navy Commander Rear Admiral Alireza Tangsiri told reporters on Monday: “Today, in addition to having an enthusiastic and strong presence in the region, the IRGC Navy is trying to carry out missions in the future beyond the region and offshore to defend and protect the sovereignty and interests of the Islamic Republic of Iran.”

Referring to the IRGC Navy’s fight against fuel smuggling and trawling in the Persian Gulf, Rear Admiral Tangsiri said: “The Islamic Revolution Guard Corps has so far discovered and seized 25 million liters of smuggled fuel in the Persian Gulf, and in this regard, 25 offending vessels have been seized.”

Stressing that foreigners should not use Iran’s environment and geography, the commander of the IRGC Navy said: “The IRGC Navy has so far seized 20 foreign vessels that were engaged in trawling in Iranian waters.”

US Plotting to Assassinate General Soleimani since 2003 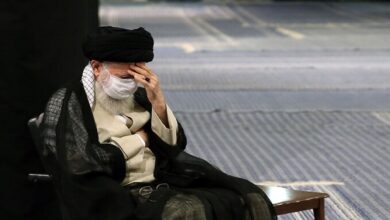