‘Martyr Haj Qasem ballistic missile’ and ‘Martyr Abu-Mahdi cruise missile’ were unveiled on Thursday in a ceremony held via video conference and attended by the Iranian President Hassan Rouhani.

Hatami said, “Iranian defense industry, which is considered as the fundamentals of military self-reliance and is one of the main requirements of the country’s authority, is now a mature one with 770 various product groups that can supply the demand of the Iranian Armed Forces in wars.”

The Iranian minister noted that Iran has achieved remarkable achievements in defense sector, in particular, in the recent three years among which it can be referred to as the unveiling of ‘Kosar’ fighter Jets.

As he described, in the missile sector, deterrence power is a significant factor and today, having the Abu-Mahdi cruise missile unveiled Iran has reached above 1,000 range. 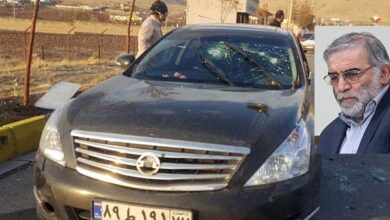 Israel has long history of assassinating scientific elites across world