Iran has begun sending food supplies and medical aid to Lebanon, with senior Iranian officials voicing readiness to provide all sorts of humanitarian assistance to Beirut, which is reeling from a massive explosion.

The first consignment of Iranian aid supplies arrived in Beirut hours after the tragedy on Tuesday. Two more shipments are expected for delivery later on Wednesday.

The Iranian team will also set up a Rapid Deployment Hospital (RHD) in Beirut, he added.

At least 100 people are so far confirmed to have lost their lives, while around 4,000 others were injured in the powerful explosion that ripped through the Beirut port on Tuesday.

The number of fatalities and those wounded is expected to rise as search and rescue operations are still underway.

In a telephone conversation with Chairman of Iran’s IRSC Karim Hemmati, the head of Lebanon’s Red Cross George Kettani said his country was in need of Iran’s humanitarian assistance.

Earlier, Al Jazeera cited Mirna Doumit, president of the Order of Nurses in Beirut, as saying that three of the city’s hospitals had been destroyed.

“So we had to evacuate patients who were in those hospitals to others. In addition, we have two other hospitals that were partially destroyed,” the official said.

“On behalf of the nation and the government of the Islamic Republic of Iran, I express sympathy with the bereaved families and offer heartfelt condolences to His Excellency and the people of the friendly and brotherly country of Lebanon,” he said.

“In line with its humanitarian measures, the government of the Islamic Republic of Iran declares its readiness to send medical and pharmaceutical aid [to Lebanon] and offer treatment to the injured or whatever medical assistance the country might need,” he added, expressing hope for the swift recovery of the wounded.

The Iranian parliament chief pledged to “work with the Iranian and Lebanese authorities to expedite the [aid delivery] process.”

Zarif, in turn, held a phone conversation with his Lebanese counterpart, Charbel Wehbe.

Iran, Zarif noted, stands by the Lebanese nation and government at all levels and is ready to provide assistance to the country so it can meet its urgent infrastructural and humanitarian needs. 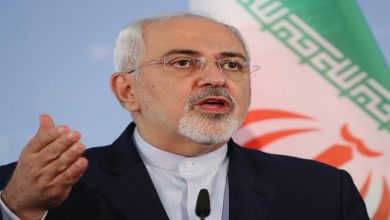 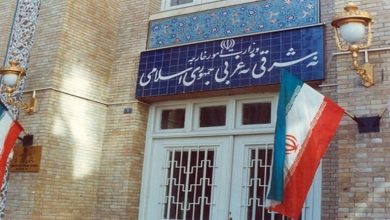 Iran: Israel, origin of all humanitarian crises in Mideast

Iran hits out at ‘rogue’ Israel after new threats