Iran’s Judiciary executed a man convicted of spying for the US Central Intelligence Agency (CIA) and the Israeli spy service Mossad.

The death sentence was carried out against Seyed Mahmoud Mousavi Majd at dawn on Monday, according to local reports.

In June, Iran’s judiciary announced that Mousavi Majd had worked as a spy for the CIA and Mossad and given them intelligence on the whereabouts and movements of Iranian top commander Lt. General Qassem Soleimani, who was killed by the US in Iraq in early January.

It added that the case of the informant had nothing to do with the American assassination of General Soleimani as he had been arrested four months before the top general’s martyrdom.

Lt. General Soleimani, Abu Mahdi al-Muhandis, who was the deputy head of Iraq’s Hashd al-Sha’abi (PMU), and a number of their entourage were killed in a strike by American drones near Baghdad International Airport on January 3.

The White House and the Pentagon claimed responsibility for the assassination of General Soleimani in Iraq, saying the attack was carried out at the direction of US President Donald Trump.

In the early hours of January 8, the Islamic Revolution Guards Corps (IRGC) targeted the US airbase of Ain al-Assad in retaliation for the US move.

Earlier this month, a retired employee of Iran’s Defense Ministry was hanged for providing the US with information on Iranian missiles.

The spy, named Reza Askari, was put to death for spying for the CIA.

After retirement from the Defense Ministry’s Aerospace Department in 2012, the convict was connected with the CIA, sold information on the production of Iranian missiles, and received money in exchange. 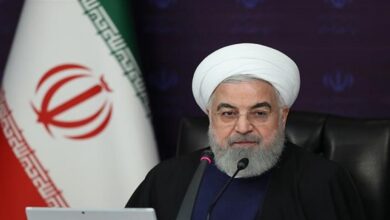