The EU foreign policy chief says he has received a letter from Iran that demands triggering the dispute resolution mechanism of the 2015 nuclear deal over the failure of the three European signatories to the agreement to honor their commitments.

In a statement released on Friday, Josep Borrell said the letter written by Foreign Minister Mohammad Javad Zarif underlined Iran’s concerns regarding implementation issues on the part of France, Germany and Britain to the Joint Commission of the deal, officially known as the Joint Comprehensive Plan of Action (JCPOA) for resolution through the dispute process set out in the agreement’s paragraph 36.

“The Dispute Resolution Mechanism requires intensive efforts in good faith by all. As Coordinator of the Joint Commission, I expect all JCPOA participants to approach this process in this spirit within the framework of the JCPOA,” he said.

Borrell also stressed the significance of the JCPOA and threw his weight behind the historic nuclear pact.

“As we approach the fifth anniversary of the JCPOA, I should like to take this opportunity to recall the importance of the agreement. The JCPOA is an historic achievement for global nuclear non-proliferation contributing to regional and global security. I remain determined to continue working with the participants of the JCPOA and the international community to preserve it,” he said.

Russia’s Permanent Representative to International Organizations in Vienna Mikhail Ulyanov also confirmed that the Islamic Republic had requested the Joint Commission of the JCPOA to address Tehran’s concerns regarding implementation of the deal by the European trio through the dispute resolution mechanism.

“This is the third time when JCPOA participants try to launch DRM which lacks clear and agreed procedure,” he tweeted early on Saturday.

“Following the irresponsible and illegal measure by the three European states … to initiate a draft resolution at the International Atomic Energy Agency Board of Governors and also the continuation of non-compliance with the international commitments under the JCPOA …, the Minister of Foreign Affairs of the Islamic Republic of Iran yesterday sent a letter to Mr. Borrell … and once again referred the cases of the European countries’ non-compliance according to Article 36 of the JCPOA to the Joint Commission for settlement,” Mousavi said on Friday.

Passed by a 25-2 margin with seven abstentions on June 19, the IAEA resolution called on the Islamic Republic to “fully cooperate” with the IAEA and “satisfy the Agency’s requests without any further delay,” including by providing “prompt” access to two nuclear sites.

Iran said the document is based on anti-Iran allegations raised by Israel and serves American goals.

In May 2018, the US unilaterally withdrew from the JCPOA and re-imposed anti-Iran sanctions.

Verified by the IAEA, Iran remained fully compliant with the JCPOA for an entire year, waiting for the co-signatories to honor their commitments.

As the European parties continued to renege on their obligations, the Islamic Republic moved in May 2019 to suspend its JCPOA commitments under Articles 26 and 36 of the deal covering Tehran’s legal rights. 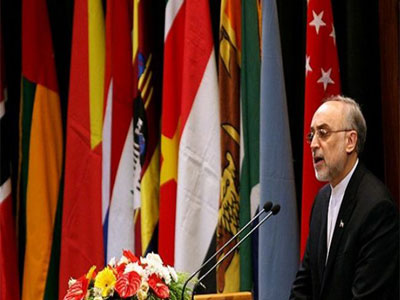 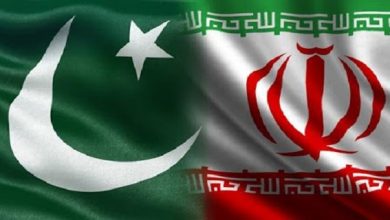