The chief commander of the Islamic Revolution Guards Corps (IRGC) says the force is to receive “surprise systems” in the near future, stressing that a US bid to extend an arms embargo on Iran would have no effect on the country’s defense capabilities.

Major General Hossein Salami made the remarks in a news conference following his visit to an exhibition of the IRGC’s achievements in Tehran on Saturday.

“There is a global arms embargo on Iran… on the other hand, the United States and its allies are among threats to Iran,” he said.

The arms embargo, he said, provided “an opportunity for our scientists to fulfill defense needs using our domestic capability.”

Underlining the use of superior equipment that prepares Iran’s Armed Forces for a sophisticated war, Salami said work has been done both in terms of destruction and in terms of increasing accuracy, downsizing and unmanning weapons.

“Today, we are not dependent on foreigners for any of the weapons systems….and we have reached the stage of self-sufficiency and independence,” the commander pointed out.

“The ground forces have put technological surprise on the agenda and we will see the arrival of surprise systems in the near future.”

Washington has stepped up calls for the extension of a UN arms embargo on Iran, which will expire in October under UN Security Council Resolution 2231, which endorses Iran nuclear deal, officially known as the Joint Comprehensive Plan of Action (JCPOA).

The administration of US President Donald Trump has threatened that it may seek to trigger a snapback of all sanctions on Iran if its attempts to extend the arms embargo fail.

The landmark nuclear deal was reached between Iran and the P5+1 group of countries — the US, Britain, France, Russia and China plus Germany — in 2015. However, in May 2018, US President Trump unilaterally pulled his country out of the JCPOA and re-imposed the sanctions that had been lifted against Tehran and began unleashing the “toughest ever” fresh sanctions.

While the US is no longer a party to the JCPOA, it has launched a campaign to renew the Iran arms ban — in place since 2006/2007 — through a resolution at the Security Council, but Russia and China are most likely to veto it.

US, Europe and its allies failed to achieve their goals against Iran: Rouhani 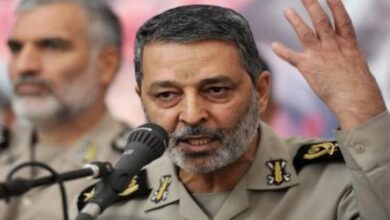