Iranian Foreign Ministry urged the US government and police to hear the voice of American people and stop the violence.

Speaking in his weekly presser, the ministry’s spokesperson Abbas Mousavi read a message in English to the American people, government, and police regarding the recent unrest in the country.

First addressing the American people, he said “The world has got heard your outcry over the state oppression.”

“The world is standing with you,” he said, adding, “The American regime is pursuing violence and bullying at home and abroad.”

“We are greatly regretful to see, along with people across the world, the violent scenes the US police have recently unfolded. We deeply regret to see the American people, who peacefully seek respect and no more violence, are suppressed indiscriminately and met with utmost violence.”

Then, addressing the American officials and police, the spokesperson said “Stop violence against your people and let them breathe,” referring to the last words of George Floyd and one of the main slogans of protests in the US.

The remarks come as nationwide protests have erupted in the United States following the brutal killing of an African American, George Floyd, by US police. Floyd was killed after a white officer pinned him to the ground by putting a knee on his neck in front of a camera. 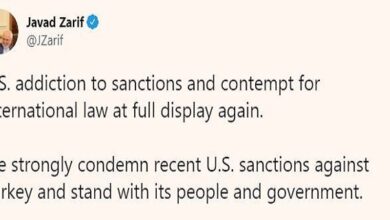 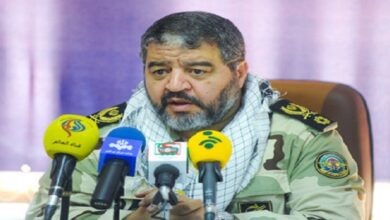