As many across the world prepare to mark the International Quds Day, Iran has been drawing attention to the terrorist nature of Israel, saying the regime — which has a dark history of aggression and occupation — has not stopped fueling chaos in the Middle East.

“The Zionist regime was born through terror, and since then has assassinated thousands of people from ordinary #Palestinians to prominent Arab figures and Iranian scientists. A terrorist regime in nature, Israel still continues to sow seeds of chaos in our region,” Iran’s Foreign Ministry said in a Wednesday post on its English-language Twitter account.

It also underlined the importance of the International Quds Day, a legacy of the late founder of the Islamic Republic, Imam Khomeini, which is marked annually on the last Friday of the holy fasting month of Ramadan in solidarity with the oppressed Palestinian nation.

“The Zionist regime has a history of aggression, secret WMD (weapons of mass destruction) programs, occupations & unlawfulness. The Quds day is a yearly reminder to the Muslim world that the Israeli regime’s occupation & aggressive actions have been an underlying factor in conflicts in our region,” the Foreign Ministry tweeted.

Every year on the International Quds Day, millions of Muslims hold rallies worldwide to reiterate their call for the liberation of Palestine and denounce the Tel Aviv regime’s atrocities against the Palestinian people.

This year, street demonstrations are canceled in Iran due to the coronavirus pandemic and replaced by online events. Leader of the Islamic Revolution Ayatollah Seyyed Ali Khamenei is also expected to deliver a speech on the occasion.

Additionally on Wednesday, Iran’s Assembly of Experts issued a statement to commemorate the Quds Day, describing the occasion as “a stage for displaying the Islamic Ummah’s power to support the world’s oppressed, especially oppressed Palestine, and for disavowing the [global] arrogant front headed by the Zionist regime.”

The statement described the occasion as the “promised day of America’s demise and the downfall of the regime occupying Quds,” which will undoubtedly materialize through the Muslim world’s resistance.

The Iranian body further called on Muslim governments to join forces against the policy of normalization with the usurping Tel Aviv regime, rally behind the brave Palestinian nation in their anti-occupation struggles, and help wipe out the “cancerous tumor” of Israel from the heart of the Muslim world.

It also warned the Israeli regime not be overjoyed with the cancellation of this year’s Quds Day rallies due to the coronavirus pandemic, urging the Muslim nations, especially the Iranians, to mark the event via other means “more powerfully than before.”

-Israeli regime has a dark history 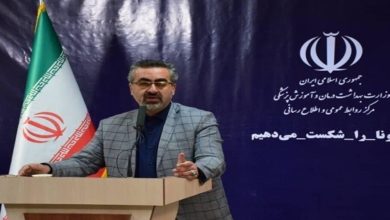 Over 5,300 Coronavirus patients recovered in Iran