Iran’s President Hassan Rouhani says the current administration in the United States exceeds all its predecessors in terms of maliciousness, enumerating a number of the incumbent American government’s atrocities against Iran.

Addressing a cabinet session in Tehran on Wednesday, Rouhani described the ruling American administration as the worst and the most evil one in the country’s history so far.

“The US has always acted against the world’s independent and oppressed nations,” he said.

The incumbent US officials have gone as far as retaining their illegal and unilateral sanctions against the Islamic Republic, while the country is engaged in confronting a deadly coronavirus outbreak.

The president noted how the US has been complicating exports of medicine to Iran by sustaining the sanctions that it reinstated in 2018 after leaving a United Nations-endorsed nuclear agreement between Tehran and world powers.

This “unrivaled despotic administration” has subjected the Islamic Republic to extreme and intense sanctions for two years, with the ensuing hardships compounded with the emergence of coronavirus outbreak in Iran, Rouhani said.

He cited the US assassination of Iranian anti-terror commander Lieutenant General Qassem Soleimani while on an official visit to Iraq in January as an example of Washington’s unprecedented hostility.

“The US has always been a terrorist [state], but the enormity [of its acts of terror under the current administration] is without precedent,” Rouhani said.

The White House’s current tenants “were never this inhumane, stony-hearted, and ruthless,” he asserted.

The chief executive, meanwhile, took on US Secretary of State Mike Pompeo’s extremely hostile stance and his recurrent bellicose statements against the Islamic Republic.

“When you look at their secretary of state, he does not seem to know the ABC of politics,” Rouhani said.

Pompeo, the US administration’s most prominent Iran hawk, has never ceased to raise eyebrows with his accusations about Iran’s domestic and regional activities.

Recently, he announced a resolve to have the United Nations extend an arms embargo against Tehran that is to expire under the nuclear deal.

This is while Washington is legally prohibited from taking any such action given its departure from the accord. 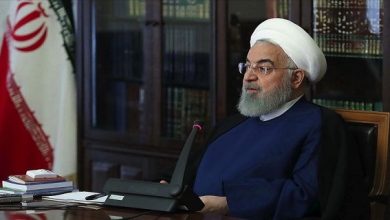 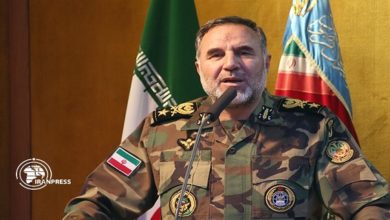 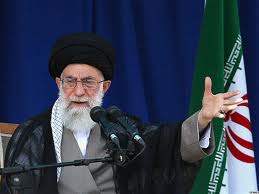