President Hassan Rouhani says the Iranian nation believes resistance is the only way to overcome the enemies’ political and economic oppression.

Rouhani made the remarks on Sunday during a ceremony at Imam Khomeni’s mausoleum in southern Tehran, where he and his cabinet members renewed their allegiance with the ideals of the late founder of the Islamic Republic and Iranian martyrs.

The president stressed that if the Iranians continue the path followed by Imam Khomeini, they will be able to pass the “most difficult conditions” which the country is going through.

“If today – after two years of unprecedented sanctions – our nation has stood strong, it is because the people believe that tyrants are behind this oppression and aggression and that our Islamic establishment is on the right track,” he said.

The Iranian people, he added, believe that “our policy should not be a policy of submission and surrender, even though we do not favor a policy of tension and confrontation either.”

Rouhani also said the Iranians need unity and hope to succeed, saying, “We have no doubts that as long as the Republic and Islam are alive, our nation will be the winner against all plots.”

“Our people know that today there is no other way than to resist and withstand against the aggressors, who oppress not only our nation, but also all the Muslims of the world, especially the oppressed Palestinian nation,” he pointed out.

The administration of President Donald Trump has followed what it calls a policy of “maximum pressure”, including sanctions aimed at halting all Iranian oil exports, saying its ultimate aim is to push Tehran to the table for talks on a new, tougher deal.

The drive has seen the US leaving a multi-party nuclear agreement with Iran in May 2018, and reimposing the sanctions that had been lifted under the deal.

In his comments, the Iranian president also referred to Washington’s recently unveiled Middle East plan, saying the so-called “deal of the century” is “a great shame” recorded in history.

The scheme, he noted, is “shameful and despicable” for all Muslims and the world’s freedom seekers.

Trump’s ‘Vision for Peace’ — which all Palestinian groups have unanimously rejected —envisages Jerusalem al-Quds as “Israel’s undivided capital” and allows the regime to annex settlements in the occupied West Bank and the Jordan Valley.

It also denies the right of return for Palestinian refugees to their homeland, among other controversial terms.

Additionally, Rouhani touched on the million-strong funeral processions held for senior Iranian commander Lieutenant General Qassem Soleimani, who was assassinated by the US in Iraq.

Through the funeral processions, the Iranian people showed that “the path of Imam Khomeini is alive and has many followers,” he said.

Trump ordered the terrorist drone strike on General Soleimani’s motorcade as the Middle East’s most prominent anti-terror commander arrived in Baghdad on January 3 at the invitation of the Iraqi government. 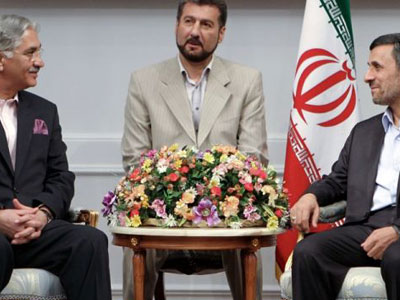 Qassem Suleimani not Just a Commander! – Taking a Closer Look at Religious Character of Iranian General

Iranian Spokesman Advises US to Avoid Further Bloodshed in Syria