President Hassan Rouhani of Iran has blasted the US for using sanctions and economic threats to impose its own will on other countries, saying the Muslim nations should join hands to confront America’s “economic terrorism” by enhancing their banking ties and replacing the dollar in their transactions.

Speaking at the opening session of the Kuala Lumpur Summit 2019 in the Malaysian capital on Thursday, Rouhani outlined the numerous challenges facing the Muslim world in the spheres of economy, security culture and identity, warning that such issues are hampering the progress of Islamic nations both at home and on the international stage.

He slammed sanctions and “economic terrorism” as the main tools in the hands of the US to push ahead with its dominance-seeking agenda and “impose its own illegitimate demands on other countries.” The Muslim world, Rouhani added, should work to “devise measures meant to get rid of the dollar’s dominance and America’s financial system.”

Rouhani added that Muslim countries from North Africa to East Asia have been grappling with a range of “serious” security challenges, including the treats being poised by the US and Israel as well as extremism and terrorism, which he said “has paved the way for foreign meddling” in the certain states.

The wars in Syria and Yemen as well as the conflicts in Iraq, Lebanon, Libya, and Afghanistan are the result of the “mixture of domestic extremism and foreign interference.”

Rouhani underscored the need for the Islamic Ummah to tap into its vast potential to tackle the problems and said, “If we return to our national and Islamic capacities and rely on our internal power, we can turn all those challenges enumerated into an opportunity for progress and development.”

Rouhani referred to Iran’s four decades of “successful experience” in facing a variety of challenges against the nation, particularly those posed to the country by the US, saying the Muslim world can today follow the Islamic Republic’s example to deal with its issues.

The Islamic Republic is “today known as the role model of withstanding and resistance. Following the (1979) Islamic Revolution, Iran has proudly passed three frightening waves,” including terrorism, war and sanctions, the president added.

“I believe that this model can be in the service of the Muslim world,” he emphasized.

The Islamic world, he said, should stay focused on efforts to resolve its main challenges — with the Israeli occupation of Palestine high on the agenda — and refrain from busying itself with unimportant or divisive issues.

Rouhani said the crises gripping Yemen, Syria, Lebanon, Afghanistan and Libya are the outcome of “irresponsible and divisive policies.

To help resolve the conflicts, Muslim states should set the stage for “dialog and interactions” based Islamic teachings on respect for the sovereignty countries, he stressed.

The president pointed to his proposal for the World Against Violence and Extremism (WAVE), which was adopted by the UN General Assembly in 2013, as a basis for efforts to end hostilities and promote peace, dialog and friendship among Islamic nations.

During the meeting on Thursday, the Iranian chief executive referred to growing Tehran-Doha ties and censured the blockade imposed by the Saudi regime and three of its allies on Qatar in 2017.

“We were and are standing alongside Qatar and condemn any pressure and obstruction targeting this country,” Rouhani said.

He also the two countries could use their close ties as an opportunity to boost their cooperation in the areas of economy and trade.

The Qatari emir, for his part, hailed his country’s relations with Iran as special, adding that the two sides should increase bilateral contacts and interactions given the current circumstances of the region.

He also appreciated Iran’s support for Qatar in the face of the economic embargo, saying Doha would not forget Tehran’s position. 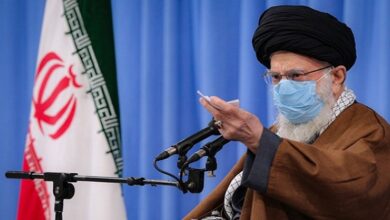