Leader of the Islamic Revolution Ayatollah Seyyed Ali Khamenei says Iran will not engage in negotiations with the US “at any level,” and that Washington’s “maximum pressure” campaign against the Iranian nation has failed to achieve its goals.

Speaking on Tuesday, Ayatollah Khamenei said entering talks with the US under the current circumstances would be tantamount to surrendering to Washington’s undue pressure campaign. “Negotiating would mean Washington imposing its demands on Tehran. It would also be a manifestation of the victory of America’s maximum pressure campaign,” the Leader noted.

“That is why Iranian officials — including the president, the foreign minister and others — have unanimously voiced their objection to any talks with the US — be it in a bilateral or a multilateral setting,” the Leader stated.

Ayatollah Khamenei said talks with Iran would be possible only if the US returns to a 2015 nuclear deal. Under that multilateral accord, Washington had lifted its anti-Iran economic sanctions.

“If the US retracts its words, repents and returns to the nuclear accord that it has violated, it can then take part in sessions of other signatories to the deal and hold talks with Iran… Otherwise, no talks at any level will be held between Iranian and American authorities, neither in New York nor elsewhere.”

Ayatollah Khamenei pointed to America’s repeated offers of talk and the contradictory comments by its officials on whether any such negotiations should be held with preconditions.

“Sometimes, they speak of negotiations without preconditions. At other times, they set 12 conditions for the talks. Statements as such are either an outcome of their chaotic policy or a ploy aimed at confusing the opposite side”. The Leader said.

“The Islamic Republic will, of course, not be confused as our path is clear and we know what we are doing,” Ayatollah Khamenei added.

The Leader said, “I had already said that America’s objective of [pursuing] talks is to impose [its demands], but they have become so insolent that they even speak about this openly.”

“The US regime is after making its domestic rivals and the Europeans accept this as a definitive policy that maximum pressure is the only way to confront Iran,” added Ayatollah Khamenei. “Their objective in [offering to hold] talks is to prove to everyone that the policy of maximum pressure has yielded results, and that Iranian authorities were forced to come to the negotiating table despite what they said.”

The Leader also noted that the US maximum pressure strategy consists of “a range of sanctions, threats and rants,” which are meant to bring Iran to the negotiating table.

The strategy has, however, failed to bring Iran to its knees, said Ayatollah Khamenei.

“In return, we need to prove that the policy is not worth a penny for the Iranian nation.”

-Iran negotiations with US 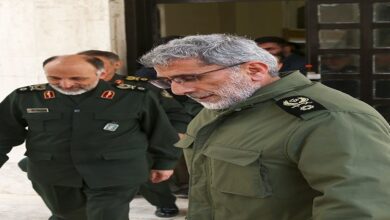