Iran has informed the European Union that it will begin unlimited nuclear research and development work from Friday, officially unleashing the third stage of its measured responses to Europe’s lack of action in the face of America’s violation of the 2015 nuclear deal.

Iranian Foreign Minister Mohammad Javad Zarif told EU foreign policy chief Federica Mogherini on Thursday that Iran was further scaling back its commitments under the Joint Comprehensive Plan of Action (JCPOA) due to the inability of its three European signatories — the UK, France and Germany — to meet their end of the bargain.

“Due to the impacts of America’s exit from the JCPOA and the European countries’ failure to fulfill their commitments under the JCPOA and the communiqués of the joint commission, the Islamic Republic of Iran will suspend all of its JCPOA commitments with regards to nuclear research and development,” the letter stated, according to Foreign Ministry spokesman Abbas Mousavi .

In a statement on Thursday night, Mousavi said the third step is Tehran’s response to “widespread and continued violations” of the nuclear deal ever since the United States dropped out of it 16 months ago in May 2018.

He noted that Iran’s right to respond was secured in the Article 36 of the JCPOA, which defines mechanisms for both sides to deal with non-compliance.

According to Mousavi, Iran would soon inform the International Atomic Energy Agency (IAEA) of the technical and operational aspects of its decision to suspend its R&D commitments.

The Iranian diplomat made it clear that all of Tehran’s moves in reducing its JCPOA commitments are reversible once the remaining signatories — the UK, France, China, Russia and Germany — go back to fully implementing the deal.

Mousavi also said that as a sign of “good will” Iran would continue negotiations with the remaining parties to achieve the desired results.

European Commission spokesman Carlos Martin Ruiz de Gordejuela said Thursday that the decision was “inconsistent” with the JCPOA, asking Iran to “to reverse these steps and refrain from further measures that undermine the nuclear deal.”

France’s Foreign Ministry asked Iran to avoid decisions that it said would undermine the nuclear agreement.

“Iran must refrain from any concrete action that is not in line with its commitments and that may hinder de-escalation efforts,” Foreign Ministry spokeswoman Agnes von der Muhll told reporters.

She added that Paris will discuss the announcement in detail with its partners as well as the IAEA.

“This third step away from its commitments under the nuclear deal is particularly disappointing at a time when we and our European and international partners are working hard to de-escalate tensions with Iran,” it said.

Upon announcing his withdrawal from the JCPOA, US President Trump called it the “worst deal ever” and pledged to force Iran through sanctions into renegotiating a new agreement that addresses its ballistic missiles and regional influence.

The Trump administration has ever since targeted Iran’s industry and oil exports with various sanctions in a bid to cripple its economy.

Wary of possible penalties, Europe has failed to deliver on its pledge to save mutual trade by enacting a special payment channel that protects European firms from US sanctions months after unveiling it in January.

Fed up with the foot-dragging, Iran announced the first stage of its countermeasures in May by increasing its enriched uranium stockpile to beyond the 300-kilogram cap set by the agreement.

Iran took the second step two months later, when it started to enrich uranium to purity rates beyond the JCPOA limit of 3.76 percent. 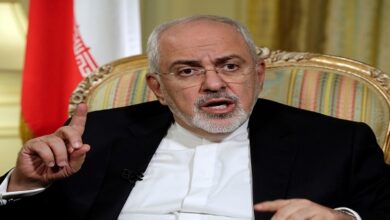 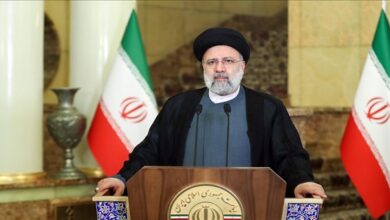 Ebrahim Raeisi: Current US administration no different from its predecessor 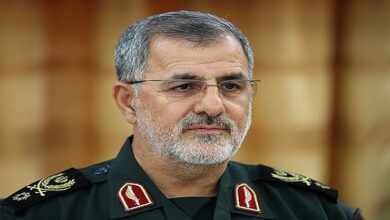