Iranian Foreign Minister Mohammad Javad Zarif says the country will go ahead with the third phase of scaling back its nuclear deal commitments under the “current circumstances”.

“We have said that if the JCPOA is not fully upheld by other signatories, we will also reciprocally scale back our commitments and this is, indeed, all within the JCPOA framework,” Zarif said on Saturday.

Tehran has rowed back on its nuclear commitments twice in compliance with articles 26 and 36 of the 2015 deal, known as the Joint Comprehensive Plan of Action (JCPOA).

Zarif underscored that it is only up to Iran to decide whether or not to keep reducing its obligations.

Iran says its reciprocal measures will be reversible as soon as Europe finds practical ways to shield the Iranian economy from unilateral US sanctions which were imposed last year when President Donald Trump withdrew from the 2015 nuclear deal.

European signatories of the JCPOA have so far failed to uphold their commitments. They have expressed vocal support for the deal, but failed to provide meaningful economic incentives as required under the nuclear agreement.

The Europeans have already missed a 60-deadline set by Tehran, prompting Iran to go for the second phase of cutting its commitments on July 7, which marked the start of a second such deadline for them.

As a first step Iran increased its enriched uranium stockpile to beyond the 300 kilograms set by the JCPOA.

In the second step, Tehran began enriching uranium to purity rates beyond the JCPOA-limit of 3.76 percent.

Iran has warned that it may push forward with 20% uranium enrichment and resume previous activities at the Arak heavy water nuclear reactor in a third nuclear commitment containment.

The Iranian foreign minister on Saturday said the other JCPOA signatories hold the US accountable for the situation.

“All member states of the JCPOA joint commission have unanimously concluded that the US has caused all these tensions, that Iran’s demands were clear from the beginning and that it never expected anything beyond the JCPOA,” he said. 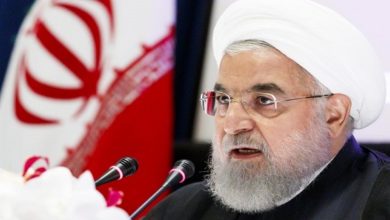 Rouhani: Regional nations should not rest until US troops leave