Israel will participate in a forthcoming US-backed conference in Bahrain on proposals for Palestine’s economy as part of a coming so-called peace plan, the regime’s Foreign Minister Israel Katz says.

A source told Reuters on Sunday that Israel would dispatch a business delegation, but no government officials to the Bahrain economic workshop scheduled for June 25-26, which has been boycotted by the Palestinian leaders.

“Israel will be at the Bahrain conference and all the coordination will be made,” Katz said told Israeli Channel 13 News in New York without giving further details. The Foreign Ministry and a spokesman for Katz also declined to comment.

The United States announced last week it would co-host the June 25-26 meeting in Bahrain’s capital city of Manama, purportedly to encourage investment in the occupied West Bank and the besieged Gaza Strip.

However, Palestinian officials say the real aim is to pave the ground for the administration of US President Donald Trump to unveil its much-hyped “deal of the century,” which they have already rejected as a non-starter.

The Palestinian resistance movement, Hamas, has condemned attempts by certain Arab countries to normalize ties with Israel as well as the Bahrain conference in support of Trump’s controversial proposal.

Ismail Radwan, a senior member of Hamas, urged the people of Bahrain to stand against Manama’s normalization of relations with Tel Aviv, and pressure the ruling Al Khalifah regime to cancel the conference.

The Palestine Liberation Organization (PLO) has called on the international community to boycott the US-sponsored conference in Bahrain, which Palestinians view as a platform to sell out their rights.

“The PLO affirms its final opposition to the conference and it hasn’t authorized any party to negotiate on behalf of the Palestinian people,” the PLO Executive Committee said in a statement.

Lebanese Foreign Minister Gebran Bassil said on Tuesday that his country is boycotting the US-led conference in Bahrain, because Palestinians are not taking part in the event.

“We will not participate in the Bahrain conference, because the Palestinians are not participating and we prefer to have a clear idea about the proposed plan for peace. We were not consulted regarding [the plan],” Bassil said.

Palestine’s Minister of Social Development Ahmed Majdalani said on May 20 that Palestinians will not participate in the economic conference in Bahrain as the US president will unveil the first part of his so-called “deal of the century” to end the Palestine-Israel conflict during the summit.

“There will be no Palestinian participation in the Manama workshop,” he said at a cabinet meeting.

China and Russia have also announced that they would not be participating in the economic conference to promote the controversial plan devised by Washington for the Israeli-Palestinian conflict. 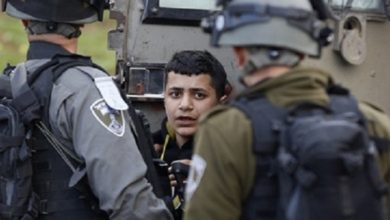