People have staged separate rallies in Bahrain to express their outrage at the recent execution of three pro-democracy Shia campaigners at the hands of the ruling Al Khalifah regime.

The protesters rallied across the streets in the village of Sanabis on Wednesday evening, chanting slogans like “Zealot martyrs will remain in our hearts”, “Far from us is disgrace” and “Our grandeur lies in martyrdom.”

They noted that the Manama regime’s attempts in terrorizing people could not frustrate the uprising in the Persian Gulf kingdom, calling for the downfall of King Hamad and the trial of the ruling dynasty.

A similar rally was held in Sitra Island, where participants stressed that they would not forget their martyrs.

On January 15, Bahrain executed Abbas al-Samea, 27, Sami Mushaima, 42, and Ali al-Singace, 21, by firing squad. The killings came a week after the Court of Cassation upheld death sentences over the killing of three policemen, including an Emirati officer, in the village of al-Daih in March 2014.

UK-based Group: Bahrain has stripped 40 activists of citizenship since January 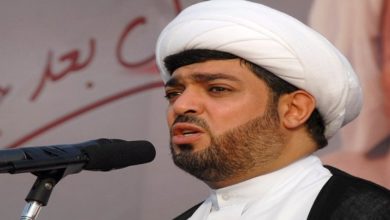