acting like a puppet in the hands of the United States.â€ They urged the UN to lift the sanctions against a peaceful developing country like Iran immediately.

They also protested against the atrocities conducted by Israel on the innocent civilians of Palestine and Lebanon, against the drastic shift in the foreign policy of Indian Government in favour of Israel, and against the so-called Muslim countries who are acting as stooges to the United States.

These so-called Muslim countries remain mute spectators to the barbaric acts by Israel supported by the United States and its allies, they said. Expressing solidarity with the victims and oppressed Palestinian people, the gathering lent their voices to protests against the aggression. â€œThe world community should intervene and stop Israel from killing innocent Palestinians,â€ said protestors while chanting slogans against Israel, America and the UN.

â€œFor the past many years, the World is watching as a mute spectator the mass execution of innocent civilians including hundreds of women and children by the tyrannical Israelis,â€ they added.

â€œIndia has been a country of peace and justice. It has always stood by the oppressed and underprivileged. But we feel extremely sorry to see a drastic shift in the countryâ€™s foreign policy towards Israelâ€, they said while condemning the act.

Carrying banners condemning US, EU, Israel and UN, the protestors marched towards Parliament but were stopped by the security forces nearby.
A memorandum, asking the Indian government to extend political support to depressed Palestinians, was presented to the Prime Minister of India, Dr. Manmohan Singh at the end of the protest.

â€œIndia being a political power should take necessary diplomatic actions to create global pressure to stop the barbaric aggression by Israel against innocent people and make Israeli illegal government to solve conflicting issues diplomatically in peaceful mannerâ€, said the memorandum. 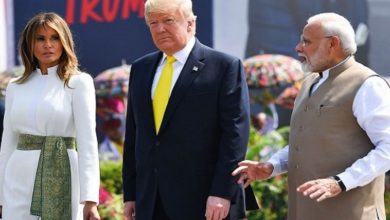