ISIL terrorist group on Wednesday claimed responsibility for a suicide attack on the home of a powerful member of parliament in the eastern Afghan city of Jalalabad that killed two security guards and both attackers.

The assault targeted the house of Zahir Qadir, deputy speaker of parliament and a member of a prominent political family long opposed to both the Taliban and ISIL, which is based largely in eastern Nangarhar province.

Officials said the guards were killed when one attacker detonated a suicide vest. The other attacker was shot dead immediately.

In a statement on its Amaq news agency, ISIL said two of its fighters had attacked the house.

Qadir achieved notoriety two years ago when militia fighters loyal to him beheaded four ISIL militants and displayed their severed heads on the side of a road in Nangarhar in retaliation for the beheading of four militia members. 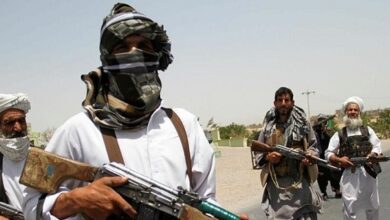