Taliban insurgents killed nine people in multiple attacks on police targets in Afghanistan on Thursday, in their first major assaults since an acrimonious power transition after the announcement of leader Mullah Omar’s death.

In the first attack a suicide truck bomber killed six people early Thursday when he struck a police compound in Pul-i-Alam, the capital of insurgency-racked Logar province just south of Kabul.

The force of the explosion damaged government buildings near the site, which was left littered with debris and shards of broken glass.

The bombing highlights growing insecurity amid a faltering peace process with the Taliban as Afghan forces face their first summer fighting season without full Nato support.

President Ashraf Ghani condemned the “cowardly act” in a statement, adding that the “killing of innocent people is an unforgivable crime that can be justified in no religion”.

In two other separate attacks in the southern province of Kandahar, Taliban militants raided a police checkpoint and a police station, sparking brief gun battles that killed three local security officials, including an intelligence officer.

Meanwhile, at least 17 people, including 12 Afghan army soldiers, were killed in a helicopter crash in the volatile southern province of Zabul, although officials said the incident was caused by a technical fault and not insurgent activity.

The attacks in Logar and Kandahar mark the first major insurgent assaults since the Taliban confirmed last week the death of their leader Mullah Omar, who led the militant movement for some 20 years.

The Taliban are stepping up their summer offensive despite an increasingly bitter power transition within the militant movement after Mullah Akhtar Mansour was announced as the new leader on Friday.

The group claimed responsibility for all three attacks, with spokesman Zabiullah Mujahid saying that more than 100 security personnel were killed in the Logar bombing.

The insurgents are known to exaggerate the death toll in attacks on Afghan government and military targets, but do not usually claim responsibility for those which result in a large number of civilian deaths. 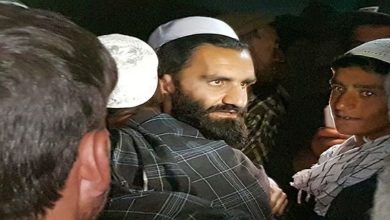