Local Afghan security officials said on Thursday that at least four soldiers of the Afghan National Army as wells as seven police officers were killed when the Taliban militants overran some government compounds in the Musa Qala district of Helmand Province.

Saqi Jan, a police logistics expert in the troubled district, said that the attacks began late on Wednesday and lasted for several hours.

Latest reports indicate that Afghan security forces have regained control of the area around the police headquarters in Musa Qala after several hours of fierce clashes with the militants.

In a similar incident on Wednesday, Taliban militants launched coordinated attacks on a number of security checkpoints in the Marwara district of Afghanistan’s eastern province of Kunar.

Senior Afghan officials have ordered the government forces to step up security operations against Taliban hideouts across the war-ravaged country.

Afghanistan has seen a surge in the number of militant attacks in recent weeks after the Taliban vowed to target Afghan and foreign forces as part of the so-called spring offensive.

The country is still experiencing violence and insecurity nearly 14 years after the US and its Western allies invaded the country in 2001 as part of Washington’s so-called war on terror.

In a message on Wednesday, Afghan President Mohammad Ashraf Ghani warned that those who ignore the appeals for peace during Ramadan, and instead continue to resort to bloodshed “should understand that they would have no way to escape the wrath of the valiant personnel of the country’s national security forces.”

The Taliban militants had earlier dismissed a proposal by senior clerics in the country’s Ulema (Islamic Clerics) Council to halt its attacks during the Muslim fasting month of Ramadan, which began today.

Afghanistan is still experiencing violence and insecurity nearly 14 years after the US and its Western allies invaded the country in 2001 as part of Washington’s so-called war on terror. 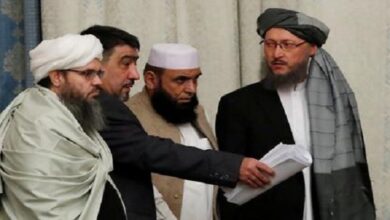