China has denounced the United States over its “blatant and egregious” attempts to further plunder natural resources in Syria, stating that American occupation forces are massively smuggling crude oil and grain from the northeastern part of the war-torn country to their bases in northern Iraq.

“We are struck by the blatancy and egregiousness of the US’s plundering of Syria. According to Syrian government data, in the first half of 2022, over 80% of Syria’s daily oil output was smuggled out of the country by US occupation troops,” Spokesman for the Chinese Foreign Ministry Wang Wenbin said at a weekly press briefing in the capital, Beijing on Tuesday.

He added that US forces used 60 tankers and trucks earlier this month to steal oil and wheat from Syria.

“Such banditry is aggravating the energy crisis and humanitarian disaster in Syria. The Syrian nation’s right to life is being ruthlessly trampled on by the US. With little oil and food to go by, Syrians are struggling even harder to get through the bitter winter,” the Chinese diplomat pointed out.

“The level of US greed in stealing resources from Syria is as striking as its generosity in giving out military aid often in the amount of billions or even tens of billions dollars. Whether the US gives or takes, it plunges other countries into turmoil and disaster, and the US gets to reap the benefits for its hegemony and other interests,” Wang said.

The spokesman emphasized that the US must answer to Syrians and the international community for its oil theft.

The US military has for long stationed its forces and equipment in northeastern Syria, with the Pentagon claiming that the deployment is aimed at preventing the oilfields in the area from falling into the hands of Daesh Takfiri terrorists.

Damascus, however, says the deployment is meant to plunder the Arab country’s natural resources. Former US president Donald Trump admitted on several occasions that American forces were in the Arab country for its oil wealth. 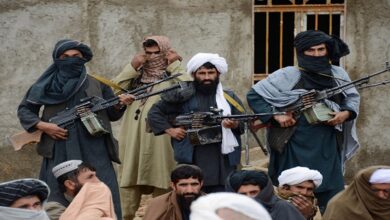 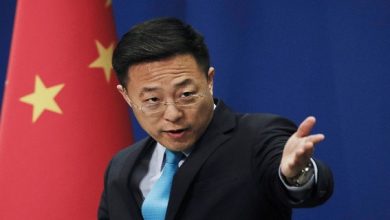 China lashes US over baseless accusations of coronavirus spread 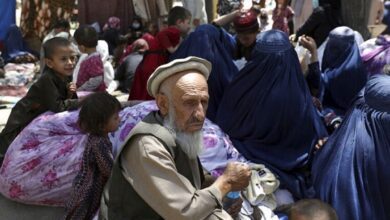